Did a Speeding Trucker Cause Your Truck Accident Injuries? 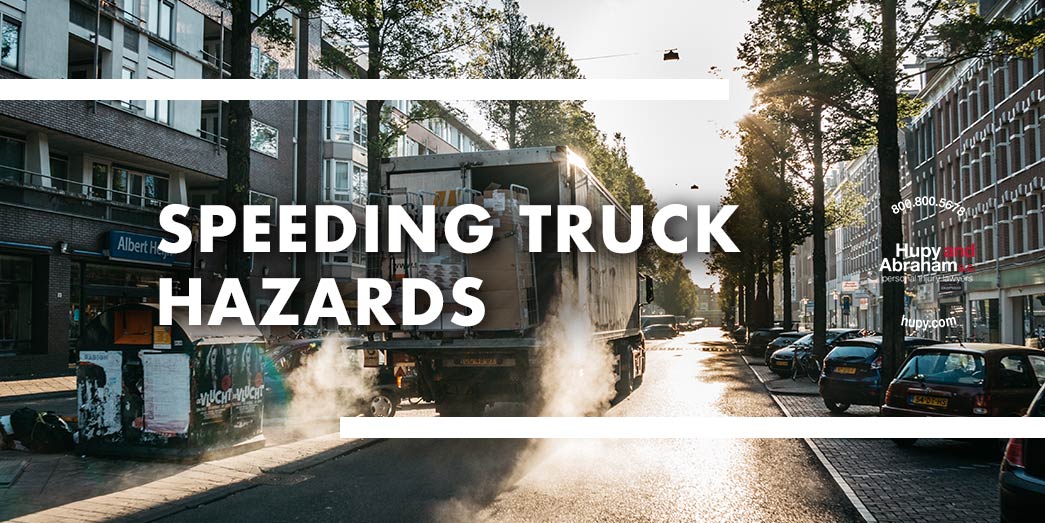 A loaded tractor trailer can take 20 to 40 percent longer to stop than a passenger car. If the driver of that truck is speeding, then there may be even less time to react to prevent a serious truck accident. Yet speeding remains a leading cause of accidents and resulting injuries and fatalities.

As you might expect, speeding includes traveling over the posted speed limit. However, there are other ways that speeding may also occur. A trucker may be speeding, for example, if the trucker is driving too fast for traffic conditions or too fast for weather conditions. For example, if the highway is congested or the local roads are wet and slippery, then a driver could be speeding even if the driver is traveling below the posted speed limit.

It is no secret that speeding is dangerous and that it can be life-threatening. However, many truckers do it anyway. While each trucker may have his own reasons for speeding, some of the reasons why truckers speed include:

Overall, truckers who speed may believe that the benefits of speeding outweigh the potential consequences.

How to Prove a Trucker Was Speeding

If you’ve been injured or your loved one has been killed in a trucking accident, then it is important to make sure that a full investigation is done into the cause of the truck wreck. After this investigation is complete, then you will know which parties may be liable for your injuries and you can pursue a fair settlement or court verdict. You need to speak with an experienced truck accident lawyer as soon as possible to help you with this. Contact us online or call us directly at 800.800.5678 to schedule your free consultation.

Learn More About Our: