The Long and Colorful History of Our Law Firm

We trace the roots of our Milwaukee Law Office to Attorney Lloyd Barbee, who started the Milwaukee Public School Integration Lawsuit

When a law office is founded or what it traces its roots to is not always an easy determination to make.

I took this question as a challenge and did some research. As it turned out, I had understated our Milwaukee law firm's age by at least five years.

There are eight law firms in Milwaukee, employing hundreds of lawyers, that can trace their origins back more than one hundred years. When one Wisconsin law office's claim of a 150-year history didn't add up in my opinion, I questioned it and the Wisconsin law office retreated from its 150-year claim and reduced its claimed age to 115 years. 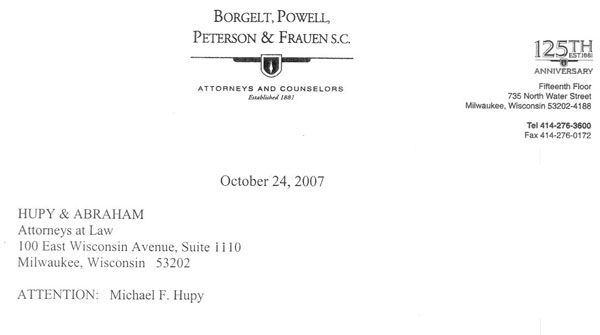 I am going to share with you on our website just some of the numerous documents, pleadings filed in court and letters that helped me come to an opinion as to the founding of our Milwaukee law office. I want to personally thank those who have authored letters and provided documents used in my interesting research of this Milwaukee, Wisconsin law office's history.

The mission of Hupy and Abraham, is to give our clients the best possible representation from the beginning of their case to its conclusion; to help our clients in any way we can; and to go above and beyond the call of duty.

We pledge to keep our clients informed, and to give each client personal attention.

Our mission is also to do well by doing good; to give back to the community; and to promote and sponsor scholarship, educational and safety programs.