What Drugs Cause Injuries to Wisconsin Patients? 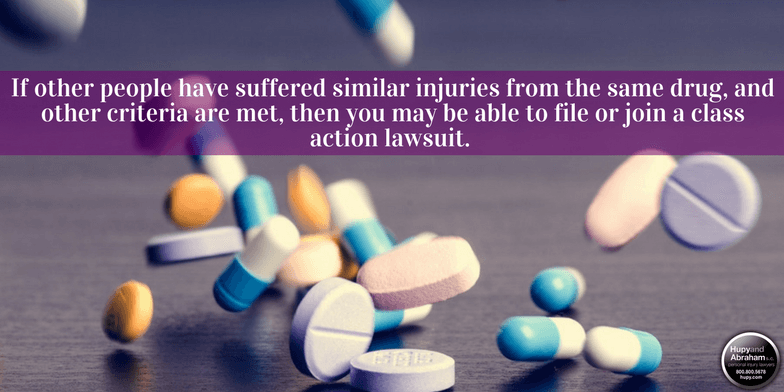 Taking a specific medication required you to put a lot of trust in others. You trusted your doctor to prescribe the right medication for your condition, you trusted the drug manufacturing company to make a safe product, and you trusted the company that marketed the medication to warn you of the serious side effects.

When that trust is broken, the result can be catastrophic. Even if your doctor prescribed the right medication for you based on the available information, you could be seriously injured by the failure of the pharmaceutical company to:

Pharmaceutical companies do not always put patient safety ahead of profits. Their failure to use reasonable care to keep you safe can cost you significant financial loss, physical pain, and emotional stress. If you’ve been hurt or your loved one has lost her life because of a pharmaceutical company’s actions (or inactions), then you should speak to an attorney to find out how you may protect yourself now.

Don’t delay taking action. The statute of limitations could expire or important evidence could be destroyed if you don’t take action quickly.

Some of the drugs that have caused unexpected injuries include:

People who have been hurt by these drugs—as well as close family members of patients who have died after taking these drugs—have pursued legal action, and many have recovered important compensation for their injuries.

What If the Drug That Hurt Me Isn’t on Your List?

Whether or not the medication that hurt you is on the list above or not, we encourage you to contact us directly. If your prescription drug caused you harm and you were not warned of the potential side effects then you may have a claim against the company that made or marketed the medication.

A Class Action Case May Be Possible

If other people have suffered similar injuries from the same drug, and other criteria are met, then you may be able to file or join a class action lawsuit. You and others like who have been hurt can combine your resources, your time, and your energy to bring a pharmaceutical class action lawsuit against the pharmaceutical company that made or distributed the medication that caused you harm.

To learn more about your rights and about how to protect them, please contact our experienced Wisconsin pharmaceutical class action lawyers at your earliest convenience. We are available around the clock to you via live chat or phone, and we are committed to helping you get the fair and full recovery that you deserve.