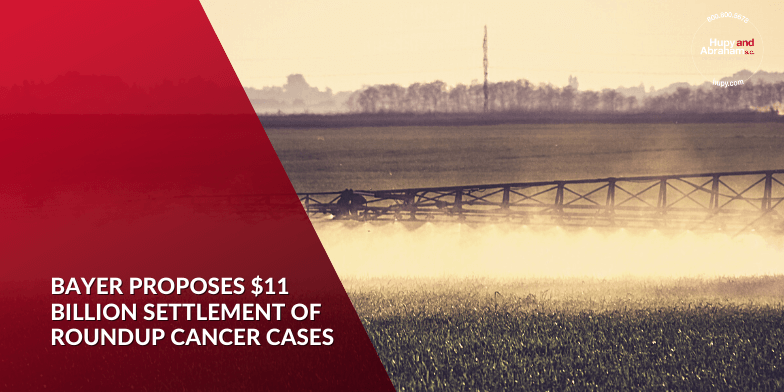 By the end of June 2020, tens of thousands of people had filed lawsuits against Bayer alleging that Roundup® weed killer products caused their cancer or their loved one’s deaths. On June 24, 2020, Bayer offered more than $10 billion to settle most of the cases pending in United States courts.

American consumers began buying Roundup in 1974. From 1974 until at least 2017, glyphosate was the main ingredient in Roundup weed killer products. Over the past two decades, numerous studies have found that glyphosate may cause cancer in humans. Glyphosate warnings have been issued by groups such as the World Health Organization’s International Agency for Research on Cancer, and some countries, such as France, have decided to end glyphosate use.

In the United States, companies such as Bayer may continue to use glyphosate in products such as Roundup. Yet, people who have been exposed to Roundup have developed non-Hodgkin’s lymphoma. Currently, researchers do not yet know if there is a certain amount of Roundup exposure that causes non-Hodgkin’s lymphoma, and any amount of exposure may increase a person’s risk of developing this type of cancer.

As of July 2020, only three of the cases had gone to trial. The plaintiffs (Dewayne Johnson, Edwin Hardeman, and Alva and Alberta Pilliod) were successful in all three cases. Juries awarded each plaintiff tens of millions of dollars. Although the court later reduced these verdicts, the plaintiffs still made significant financial recoveries because the juries found that Roundup was a substantial contributing factor in causing the plaintiffs’ cancers. Bayer appealed in all three cases and the appeals are currently pending.

Bayer bought Monsanto, the company that sold Roundup, in 2018. Now, Bayer is the potential defendant in at least tens of thousands of lawsuits.

The settlement does not:

Glyphosate-based Roundup products are still on the market in the United States. However, in 2017, non-glyphosate Roundup options were also introduced.

The settlement must be approved by the court and is reported to account for about 95% of pending Roundup cancer litigation in the United States.

Take Action Now If You Have a Roundup Case

Your time to file a Roundup injury lawsuit could end soon. If you have been exposed to Roundup at work or home and you experience any non-Hodgkin’s lymphoma symptoms, then we encourage you to learn more about your rights today. Non-Hodgkin’s lymphoma symptoms and treatment can significantly interfere with your life and shorten your life expectancy. If you were not warned about the risks of Roundup exposure, then you deserve to make a legal recovery.

Don’t let your chance at recovering fair compensation slip away because you did not meet a deadline. Instead, we encourage you to contact our Wisconsin Roundup injury lawyers for a free, no-obligation consultation. We will thoroughly review your case, and we always offer video or phone consultations if that is easier for you. Call us today or fill out our online contact form to learn more about whether your potential Roundup claim should be settled.