Why did California ban flavored tobacco? 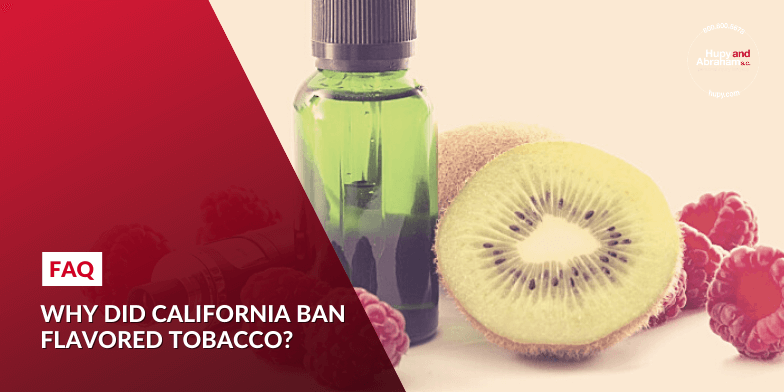 As of January 1, 2021, a new law bans the sale of most kinds of flavored tobacco in the state of California. According to Senator Jerry Hill, who developed the bill, the new law intends to “address an unprecedented surge in youth nicotine consumption.”

What the Flavored Tobacco Ban Includes

Loose-leaf tobacco and premium cigars are not included in the ban. Retailers who violate the law will not be charged with a crime. Instead, they will face a $250 fine for each violation.

California law obviously doesn’t apply in Wisconsin, Illinois, or Iowa. However, the reasons California lawmakers enacted the ban on flavored tobacco apply in every state. Lawmakers were concerned about the number of kids using tobacco products and that flavored products might make youth vaping or smoking more likely.

Some companies, such as JUUL Labs, are accused of marketing their products to people under the age of 21. Flavored products may have been a key component of this advertising.

Vaping can have serious health consequences, including lung disease and addiction. If JUULing has hurt you or your child, then we encourage you to learn more about your rights. Contact our experienced pharmaceutical class action lawyers today for a free consultation and to find out if you might be able to pursue a successful lawsuit.