Pradaxa: Who Knew What and When Did They Know It? 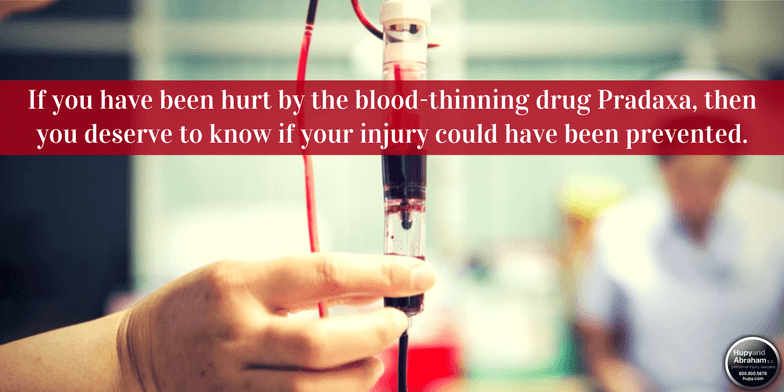 If you have been hurt by the blood-thinning drug Pradaxa, then you deserve to know if your injury could have been prevented. Did you suffer an unfortunate side effect that could not have been reasonably foreseen or was there information about the risk that was available before the drug ever entered the U.S. market?

In 2014, the BMJ (formerly the British Medical Journal) released information about its investigation into Pradaxa. Here is what the investigators found:

If you have suffered a significant bleeding incident while on Pradaxa, then you deserve to know whether your injury could have been prevented.

Boehringer Ingelheim settled approximately 4,000 Pradaxa lawsuits in spring 2014 for a total of approximately $650 million. The company did not admit fault as part of the settlement.

If you have been hurt by a specific drug, then you need to take action. Speak to your doctor about the cause of your injury and contact an experienced pharmaceutical class action lawyer who is not afraid to take on the large pharmaceutical companies. We will help you fight for justice. Call us today at 1-800-800-5678 for a free, no obligation consultation about your rights and your potential recovery.