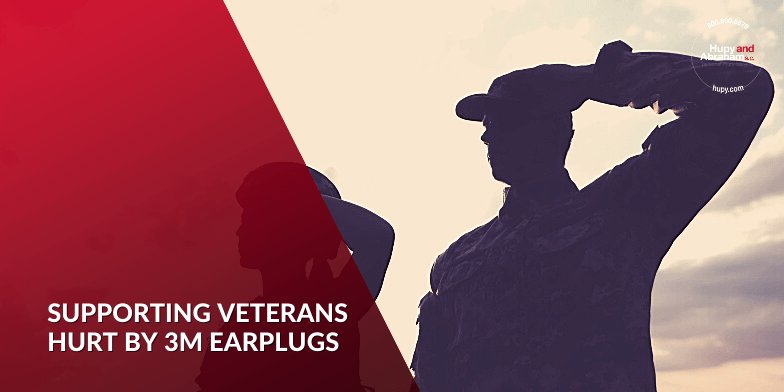 Tinnitus and hearing loss are common problems for United States Veterans. For years, the United States military tried to protect Veterans from hearing-related injuries by issuing them Dual-ended Combat Arms™ earplugs, Version 2 made by 3M. Unfortunately, the earplugs did not always work, and many service members were hurt.

Military personnel had no way of knowing that the standard-issue earplugs they received may not provide the protection they were supposed to provide. After more than a decade of use by service members in Iraq, Afghanistan, and elsewhere, a whistleblower alleged that 3M knew of a design defect with the Dual-ended Combat Arms earplugs, Version 2 and did not disclose the defect to the military.

Specifically, the earplugs were too short to provide the necessary protection for some users. Servicemembers were reportedly injured because of this defect. In July 2018, the United States Department of Justice and 3M settled a False Claims Act regarding Dual-ended Combat Arms earplugs, Version 2, for more than $9 million.

Our experienced Wisconsin injury lawyers proudly help servicemembers who were hurt by defective 3M earplugs, but that’s only part of our commitment to Veterans. We also support Veterans in our community through a variety of programs, such as:

U.S. Veterans have diverse needs. Some of these needs can be met through group fundraising and advocacy, and we are honored to support these critical activities. However, if you suffered a hearing-related injury while serving our country, then you may need our individual attention and legal representation.

Wisconsin Lawyers Committed to Your Recovery

No one in the military knowingly put you at risk. However, 3M reportedly knew that it was providing the military—and therefore servicemembers like you—with a faulty product that might not adequately prevent hearing loss and tinnitus.

If you suffer hearing loss or tinnitus and you have served in the military since 2003, then we encourage you to contact our experienced lawyers for a free, confidential, no-obligation consultation about your rights. We will find out why you were hurt and whether you may be able to pursue a personal injury recovery in addition to Veterans disability benefits. Call us or start a live chat with us any time to learn more about your rights and our Win or It’s Free Guarantee.