What Kinds of Medical Devices May Be Dangerous? 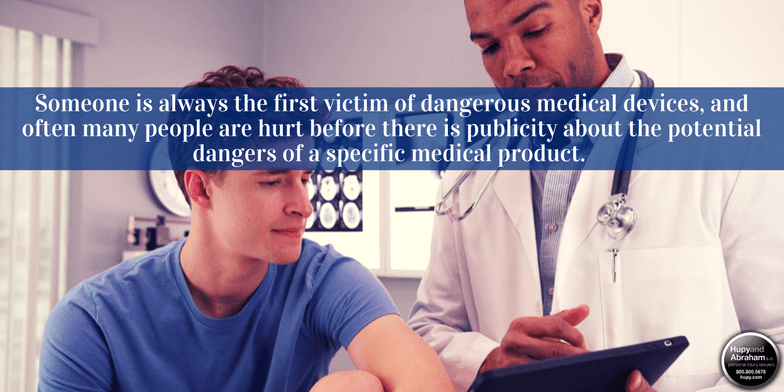 Someone is always the first victim of dangerous medical devices, and often many people are hurt before there is publicity about the potential dangers of a specific medical product. Thus, it is impossible to list all of the potential medical devices that could result in injury. If you’ve been hurt by any medical device, then it is important to contact both your doctor and an experienced pharmaceutical injury lawyer as soon as possible.

11 Medical Devices That Could Cause Health Problems

Over the past few years, some medical devices and procedures that have resulted in adverse events include:

If you live in Illinois then your time to file a lawsuit is limited. You deserve to know more about your rights and to make an informed decision about whether or not you want to proceed with a lawsuit if you were hurt by a medical device. Please reach out to us any time to schedule your free consultation. We are available to you around the clock, every day of the year.