How People Were Hurt by Biomet M2a Hip Replacements 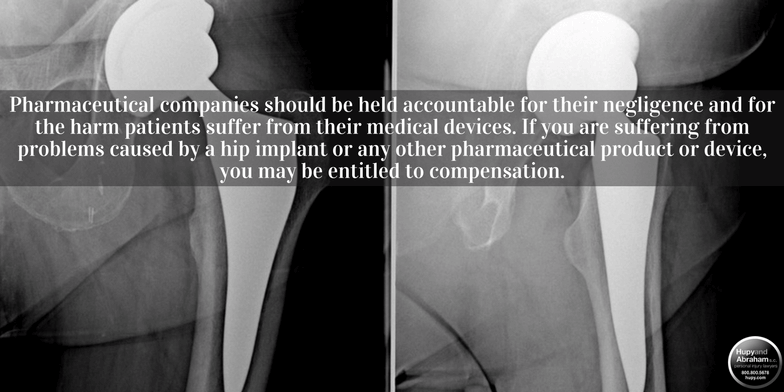 It was marketed to active people who wanted to continue living active lifestyles after hip replacement surgery.

Unfortunately Complications Prevented That for Some Patients

Some patients who received a Biomet M2a Magnum hip implant suffered from:

Many people who were hurt filed lawsuits which were consolidated in multidistrict litigation. In early 2014, Biomet settled claims with plaintiffs who had been hurt by M2a hip implants for a combined $56 million.

What Happens When Patients Are Hurt by Medical Devices?

Pharmaceutical companies should be held accountable for their negligence and for the harm patients suffer from their medical devices. If you are suffering from problems caused by a hip implant or any other pharmaceutical product or device, you may be entitled to compensation. Contact our office today at 800-800-5678 to schedule an appointment to discuss your situation with one of our experienced attorneys and to find out if you are eligible to join a class action lawsuit. The consultation is completely free and there is no obligation.