A Sampling of Dangerous Medications 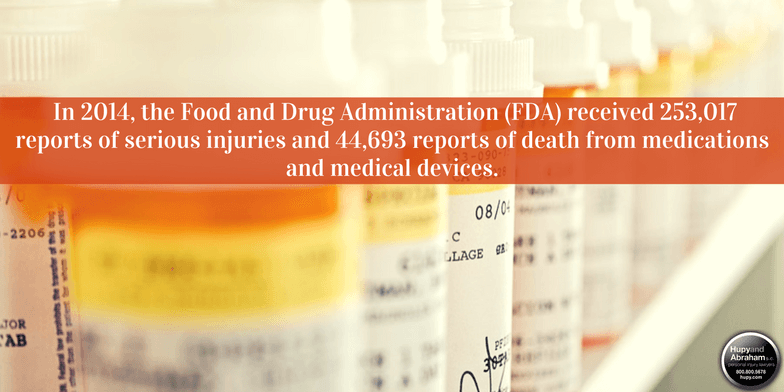 Approximately 70% of people in the United States take at least one prescription medication. In 2014 (the most recent year for which statistics are available), the Food and Drug Administration (FDA) received 253,017 reports of serious injuries and 44,693 reports of death from medications and medical devices. Accordingly, it is important to be aware of safety issues connected to specific medications and to be aware of the potential for injury with any medication.

In recent years, the following medications have been linked to injury:

If you have been hurt by any of these, or any other, medications then Illinois law limits the amount of time that you have to pursue a legal recovery. Recognizing this, our experienced pharmaceutical class action lawyers encourage you to contact us as soon as possible to schedule your free consultation. We are available via this website or phone 365 days a year.