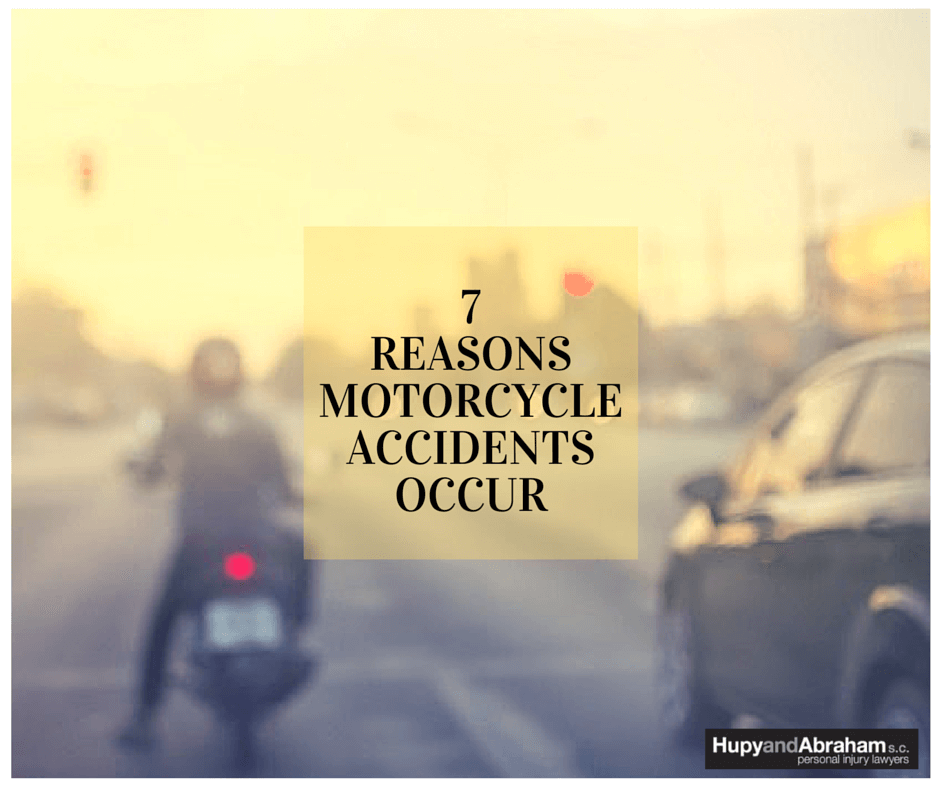 Causes to Watch For

Whether you have already been hurt in a motorcycle crash, or not, it is important to be aware of the following factors that could result in a driver causing a motorcycle accident:

These things may commonly cause motorcycle accidents, but they do not excuse them.

Whether you are hurt by one of the common causes of motorcycle accidents, as described above, or another reason, you have the right to pursue damages for your accident injuries when those injuries were caused by the intentional or negligent actions of someone else.

Your damages may include compensation for past, current, and future:

For more information on how to get the damages that you deserve, we encourage you to start an online chat with us now and to schedule your own free consultation with an experienced motorcycle accident attorney.