Why Some Motorcycle Safety Awareness Campaigns Are Ineffective 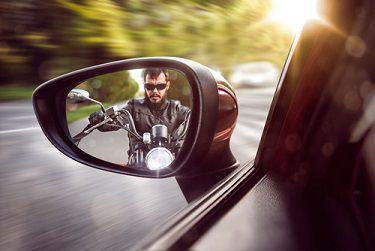 It has been nearly two years since the federal government released the final report called the National Agenda for Motorcycle Safety (NAMS). NAMS contains 82 recommendations for motorcycle safety in the 21st century.

Today, Let’s Focus on Just One: Education of Other Drivers

One of the recommendations in the NAMS report is: “Educate operators of other vehicles to be more conscious of the presence of motorcyclists.” According to the report, states, local municipalities, and riders’ groups should share in this endeavor.

Educating other drivers is important because other drivers may have little experience with motorcycles, they might not expect motorcycles on the road, and they may overlook them and cause catastrophic accidents.

The report recognizes that many states, municipalities, and groups have conducted awareness campaigns with the goal of educating drivers before. However, the effectiveness of these specific campaigns has not been studied and, according to NAMS, these motorcycle awareness campaigns share many of the same characteristics as other ineffective traffic safety campaigns.

Some of the things that make motorcycle safety education and awareness campaigns ineffective include having:

Additionally, ineffective motorcycle awareness campaigns may use delivery methods that fail to reach many drivers.

If you want to be part of the solution, please help raise awareness by putting your own “Watch for Cycles” sticker on your vehicle and by sharing this library article with your friends.