Are Roundup cancer lawsuits filed against Bayer or Monsanto? 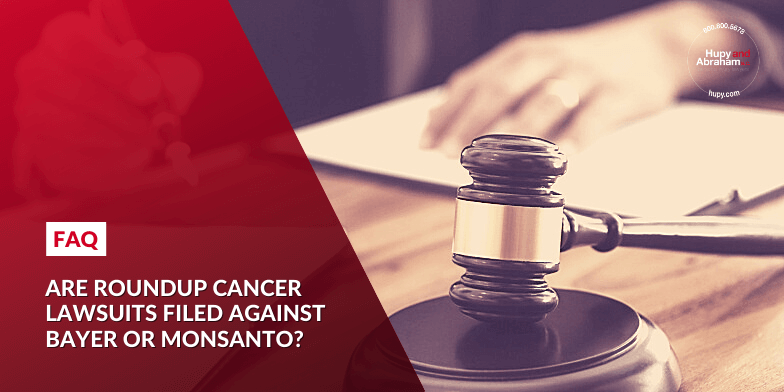 While Monsanto may be named in some litigation, Bayer should also be a defendant in Roundup® cancer lawsuits. It is helpful to understand the history of Roundup products to know why Bayer and Monsanto may be defendants in Roundup cases.

Roundup was first sold in the United States in the mid-1970s. At that time, Monsanto designed and made the weed killer. Monsanto continued to manufacture different Roundup weed killer products over the next 40 years. These glyphosate-based products included:

Do You Have a Roundup Case?

If you have non-Hodgkin’s lymphoma from Roundup exposure, then you may have a lawsuit. You may be able to recover damages for things such as past and future medical costs, lost income, out-of-pocket costs, physical pain, and emotional suffering.

In June 2020, Bayer announced that it was willing to pay as much as $10.9 billion to settle Roundup cancer cases in the United States. Therefore, if you have a potential claim, then now is the time to take action.

Filing a case against a large corporation such as Bayer may be intimidating, and we encourage you not to do it on your own. Instead, contact our experienced Roundup injury lawyers today to discuss your rights and what to do now to protect your recovery.