What is popcorn lung? 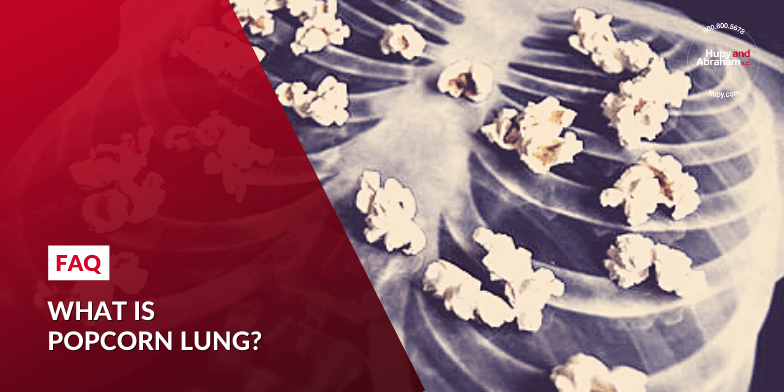 What Popcorn Lung Does to You

According to the American Lung Association, popcorn lung is both serious and irreversible.

The symptoms of popcorn lung are similar to the symptoms of COPD. You may have wheezing, a frequent cough, and trouble catching your breath. These symptoms occur because the small airways in your lungs, known as bronchioles, become irritated and inflamed. Scarring occurs which narrows the airways and makes it hard for you to get the air that you need.

If you exhibit popcorn lung symptoms, then your doctor may use a CT scan and X-rays to get more information. A definitive diagnosis often requires a biopsy.

The Danger of E-Cigarettes

Diacetyl, the chemical found in microwave popcorn flavoring, that caused popcorn lung among microwave popcorn factory workers, is also used to make certain flavors of e-cigarettes. Additionally, e-cigarettes may contain other chemicals such as acetoin and pentainedione, which may also cause popcorn lung. According to the American Lung Association, more than 90% of e-cigarettes had one of these three chemicals present in 2018, the most current year for which data is available.

You may not have been warned about the risk of developing popcorn lung from your e-cigarette use. However, vaping may have caused you to suffer this serious illness.

If you have popcorn lung after vaping or if your child has any type of vaping injury, then we encourage you to contact our experienced Wisconsin injury lawyers for a free, no-obligation consultation about your rights and your potential legal recovery.