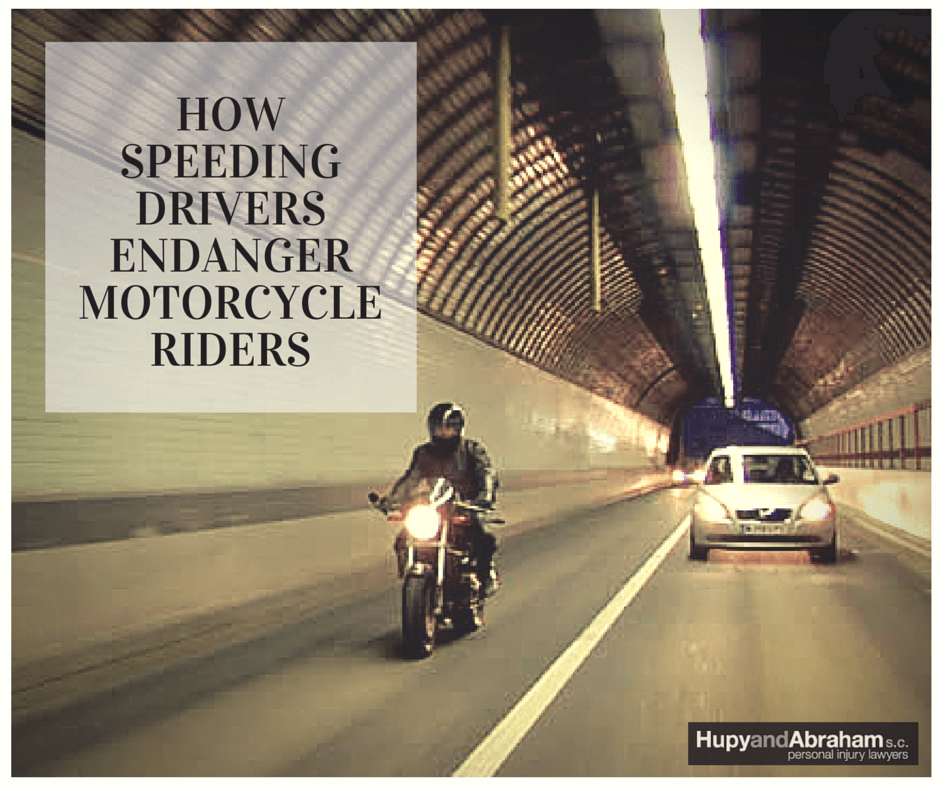 Everyone has somewhere to be—and fast. Most drivers understand that speeding can cause a crash, but most drivers also think that they have greater control over their vehicles than the average driver. They don’t think that they will be the ones to cause a motorcycle crash.

Yet These Drivers Put Themselves, Motorcyclists, and Others at Risk Every Time They Speed

Additionally, motorcyclists are at particular risk of being seriously hurt by a speeding driver when there is a crash because motorcycles lack airbags, seatbelts, metal enclosures, and other safety features. This makes riders vulnerable to significant injuries when another driver acts negligently and speeds.

It is against the law to speed in Wisconsin. A driver who exceeds the speed limit by even just a few miles per hour or a driver who drives too fast for the current road or weather conditions may have violated state law and could be liable for injuries that result from a motorcycle accident.

If you’ve been hurt—or your loved one has been killed—in a motorcycle crash, then it is important to protect your rights. You can begin by getting the medical treatment that you need, by being wary of insurance adjusters who are pressuring you for statements or to settle your claim quickly, and by contacting an experienced bike injury lawyer today via this website. You should not have to incur the costs of someone else’s decision to speed. Instead, you should fight for your fair and full recovery.

If you've been involved in a truck accident contact us online or call us directly at 800.800.5678 to schedule your free consultation.