Am I allowed to file a lawsuit after a motorcycle accident? 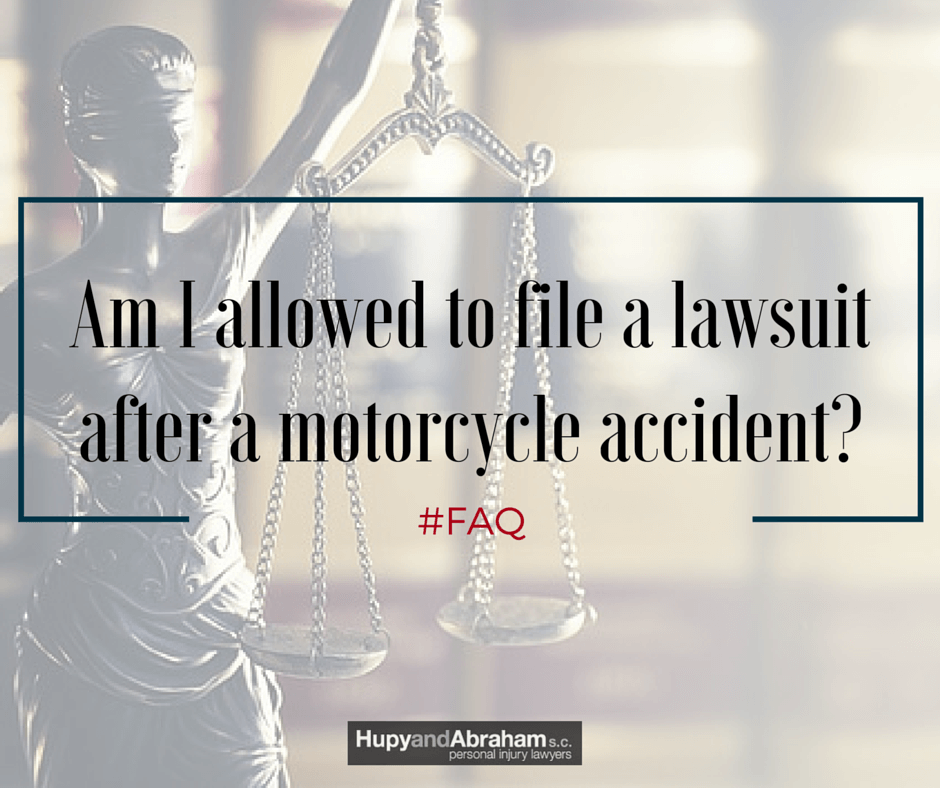 The legal authority to bring a lawsuit is known as standing to sue. Generally, if you are a mentally competent adult who was injured in a Wisconsin motorcycle accident, then you have standing to sue. You have the legal right to file a complaint in court to begin a lawsuit seeking damages for the injuries sustained in the crash.

You May Also Have Standing to Sue in Other Situations

Someone you love may be hurt or killed in a motorcycle crash and may be unable to begin his own lawsuit. Accordingly, Wisconsin law also allows the following people to bring a personal injury lawsuit after a motorcycle crash:

If you try to file a motorcycle accident case in court and you lack the authority to do so, then the defense will raise that argument and seek to have your claim dismissed. Accordingly, it is important to make sure that you have the legal right to bring a claim and to pursue damages if someone else has caused an accident that has left, or in some cases a loved one, injured.