How can a lawyer help me if I've been hurt by 3M dual-ended combat earplugs? 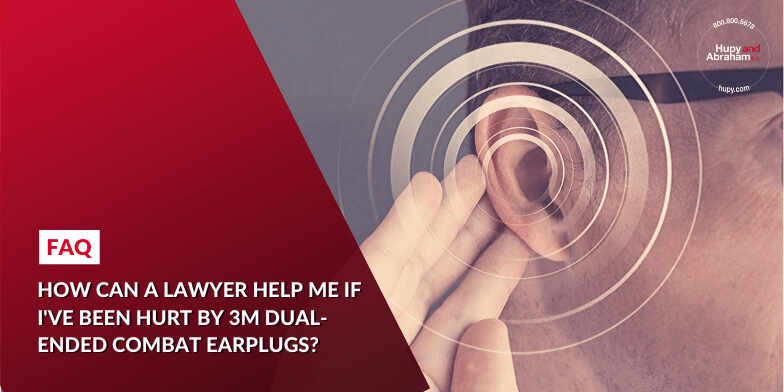 The United States Department of Justice (DOJ) found that 3M knew that the dual-ended Combat Arms™ Earplugs Version 2 it sold to the military from 2003 – 2015 were defective. 3M settled a False Claims Act case with the DOJ in July 2018 for more than $9 million.

However, even after this settlement, you will need to prove that your tinnitus or hearing loss was caused by the defective dual-ended Combat Arms™ Earplugs Version 2 earplugs that you used in the military before you can recover damages for your injuries.

An Experienced Lawyer Can Help You

Your case against 3M will not be based on the False Claims Act. Instead, you may have a product liability claim that alleges 3M knowingly sold the military a defective product, and you were injured due to the faulty design and lack of warning about the danger.

To prove your case, you will need to prevent convincing evidence to the court. A 3M hearing injury lawyer can help you gather evidence that may be difficult to get, including but not limited to:

We will then use this evidence to make compelling arguments to 3M during settlement negotiations and to the court if settlement negotiations are unsatisfactory. We will fight to get you fair damages for your past, current, and future healthcare needs related to your tinnitus or hearing loss as well as all of your other injury-related losses like lost income, out-of-pocket expenses, physical pain, and emotional suffering.

To learn more about how we can help you, please start a live chat with us or call us any time to schedule a free consultation in our Milwaukee, Appleton, Green Bay, Madison, or Wausau office or at your home.