The police hurt me, but it never made the news. Could I still have a police brutality case? 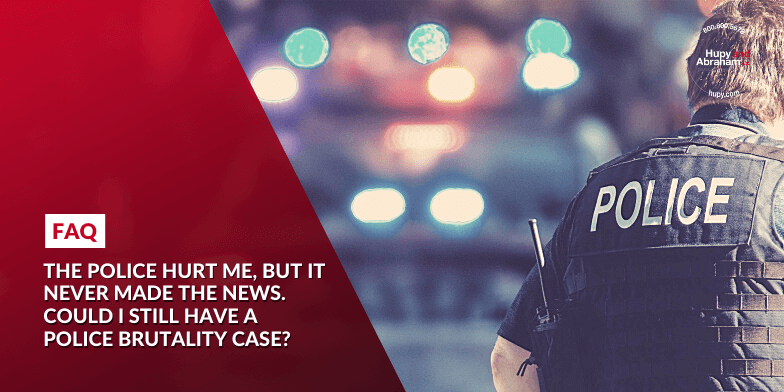 While media coverage is irrelevant to your police brutality lawsuit, the police officer’s actions are critical to your case.

You do not have a police brutality case just because a police officer hurts you. Police officers have a legal right to use reasonable force to protect themselves and members of the public from injury.

Each situation is unique, and the facts of the case will determine whether the officer used excessive force that caused your injury.

Have Questions About Your Legal Rights?

You may feel overwhelmed at the thought of bringing a lawsuit against a police officer. You want to be taken seriously, discourage future acts of police brutality, and get the compensation that you deserve for your injuries.

Our experienced Wisconsin police brutality attorneys are here to help you. We can investigate what happened to you, determine whether you have a case worth pursuing, advise you of your legal rights, and represent you in your legal claim. We will fight for your recovery of past and future medical costs, lost income, out-of-pocket expenses, physical pain, emotional suffering, and other damages.

Contact us today for a free, no-obligation consultation and to learn about our Win or It’s Free Guarantee!