Did a Police Officer Use Excessive Force? 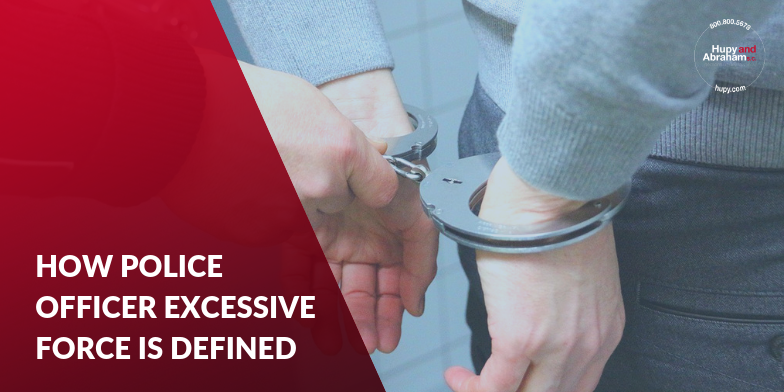 No one disputes that some use of force may be necessary by the police. A person resisting arrest, a person who is physically harming another person, or a person who is an imminent threat to himself or someone else must be stopped. The police are tasked with that difficult job and may use reasonable force to see that it is done and that the public safety is protected.

Police officers have a duty to use the least amount of force that is necessary based on the actual threat or the threat that they reasonably believe exists. This judgment is based on whether the officer’s actions were objectively reasonable given all of the unique circumstances of the incident.

Additionally, police officers have a duty to stop using force once the situation is under control. For example, if an officer needed to use bodily contact or a weapon to get a suspect into custody, then the bodily contact or use of a weapon must stop once the suspect is in handcuffs and is no longer a physical threat while in police custody.

Since the moment reasonable force becomes excessive force is different in different circumstances, it would be untrue to say that all bodily contact or all use of weapons is excessive force. Instead, the threat presented, the threat that is reasonably perceived, and the effectiveness of less forceful actions must be considered.

Immediately after the incident, it is important to do two things:

If the police officers do not get it for you quickly, then keep asking every officer you come in contact with until your request is granted. A doctor will be able to diagnose and treat your injuries, and the medical record may become an important factor in any legal action you take against the police officer who is responsible for your injury.

An experienced lawyer can make sure that all relevant evidence, including video footage, is preserved and that all of your rights are protected.

Our police brutality lawyers believe in the rule of law and in the work that ethical police officers perform every day to keep our community safe. We also believe that any officer who abuses their power by using excessive force should be held accountable and that anyone who has been the victim of an officer’s excessive force should be compensated for the injuries that he suffered.

To learn more, please call or text at any time—24/7/365—to schedule a free, no-obligation consultation with an attorney at the law firm that secured the largest police brutality settlement in Wisconsin history. While each case is unique and past results do not guarantee future outcomes—we promise to bring the same passion and skill to your claim if you have a police brutality case. Contact us online or call our office directly at 800.800.5678 to schedule your free consultation.