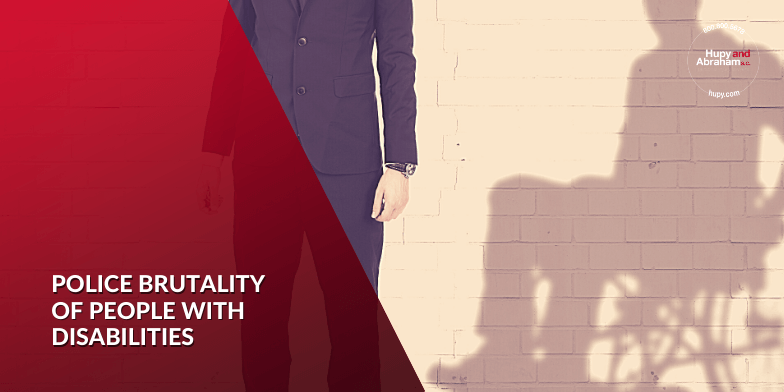 Everyone deserves to be treated fairly by the police. Both people with medical disabilities and those without medical conditions are vulnerable to police brutality.

Police officers often lack adequate training to communicate effectively with people with disabilities. Accordingly, a situation may escalate quickly due to a misunderstanding, and a person with a disability may be hurt or killed.

Police can’t easily see some disabilities, and without proper training, this creates dangerous situations. For example, people with the following disabilities may have an increased risk of suffering police brutality injuries:

Other types of disabilities, such as physical conditions that prevent a person from putting their hands up or moving quickly, could also result in unnecessary police violence.

Has Your Loved One Been Hurt or Killed by a Police Officer?

Hupy and Abraham secured the largest police brutality settlement in Wisconsin history. Our police brutality attorneys are committed to helping anyone who has been hurt by unreasonable and excessive police force recover fair and just damages.

We are here to help you help your loved one.

Let’s talk about your loved one’s rights and possible recovery for past and future medical costs, lost income, out-of-pocket expenses, pain, suffering, and other damages. Contact us today for a free, no-obligation consultation. We would be happy to meet with you in your home, by phone, by video conference, or in our Milwaukee, Appleton, Green Bay, Madison, or Wausau office.