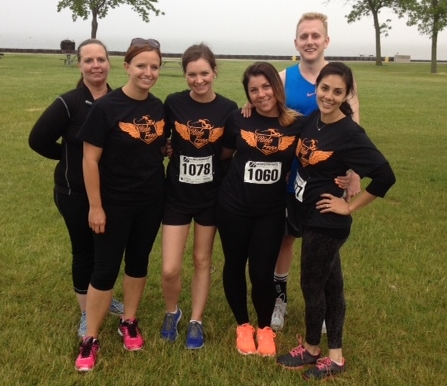 On June 18, 2014, the personal injury law firm of Hupy and Abraham, S.C. served as the Platinum Sponsor for the “Milwaukee Justice Center 5K Run for Justice.” In addition to sponsoring the event, several of the firm’s employees participated in the run.

The event took place at Veterans Park and many of Milwaukee’s most prominent law firms came together to support the work of the Milwaukee Justice Center. As the Platinum Sponsor, Hupy and Abraham, S.C. was the top contributor.

Participants in the event had the option of walking one kilometer or running five kilometers. A post-race bash included live music and refreshments for all the runners and walkers. When the top finishers were acknowledged and awards were handed out, Hupy and Abraham, S.C. took home the Team Spirit Award.

The Milwaukee Justice Center is a collaborative effort spearheaded by the Milwaukee Bar Association, Milwaukee County and Marquette University Law School. They provide legal services to people who cannot afford an attorney and do not qualify for legal aid. Through the years, they’ve helped tens of thousands of clients who otherwise would not have had access to the legal system.

Hupy and Abraham, S.C. has been a loyal supporter of the Milwaukee Justice Center for years. In 2012, Attorney Michael Hupy pledged to donate $100,000 over the next three years.