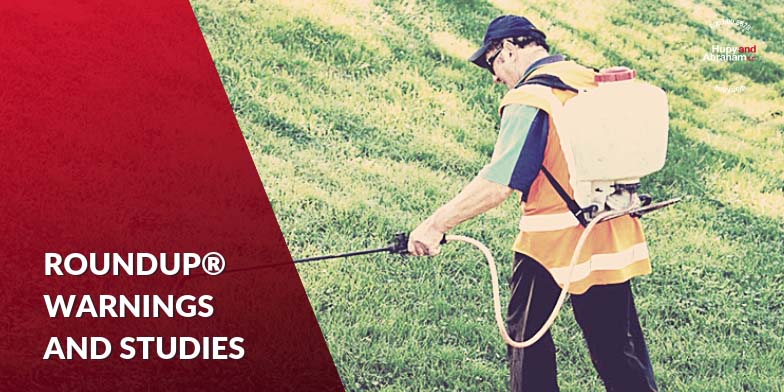 You want your lawn to look beautiful, your lawn care business to succeed or your crops to grow—but you also want to be safe. Before you treat your lawn or go to work again, it is important to know if the chemicals that you put on the ground could be putting you at risk.

Who Is at Risk of Roundup® Injuries?

Monsanto, the company that makes Roundup®, maintains that its product is safe. Roundup® is an herbicide that is used to keep away weeds and protect lawns and crops. Currently, it is unknown how much Roundup® exposure could cause cancer. However, people who are regularly exposed to glyphosate, the active ingredient in Roundup®, may be at higher risk of developing non-Hodgkin’s lymphoma. This includes landscapers, groundskeepers, and people who work in garden care centers, for example.

Over the last few years, warnings have been issued by different governments and organizations. These warnings include:

Despite the various studies and government warnings, Monsanto has sold Roundup® to U.S. consumers since the mid-1970s. People who have been exposed to Roundup® and who have non-Hodgkin’s lymphoma have filed lawsuits against Monsanto alleging that the company has known about the cancer risk for years and has failed to warn the public about the dangers.

If you have had regular exposure to Roundup® and if you have non-Hodgkin’s lymphoma then you may be able to pursue legal action to protect your financial recovery.

Thousands of other people who have been hurt have filed lawsuits seeking compensation for their injuries. Our experienced injury lawyers invite you to contact us directly if you have developed non-Hodgkin’s lymphoma after working with Roundup® in Wisconsin, Illinois, or Iowa. We want to know what happened to you and we would be pleased to offer you a free case evaluation so that you can learn more about your legal rights and about what you might recover in a Roundup® lawsuit.

Call us or reach out to us via this website today. Learn about our Win or It’s Free Guarantee and about your legal options so that you can make the informed decisions that are right for your future.