Why You Should Pursue a Roundup® Cancer Lawsuit 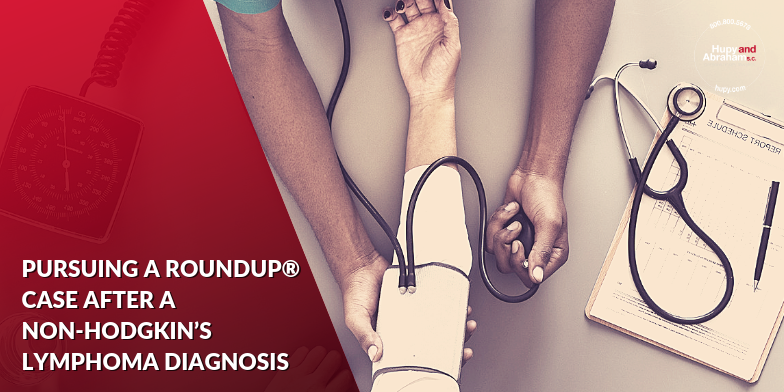 The more you learn, the more you become convinced that Roundup® exposure caused your diagnosis of non-Hodgkin’s lymphoma. Now, you face an uncertain future. You need medical care, you may be unable to work, and you may be afraid about what the future holds with regard to your health and your finances.

Facing the Future With Non-Hodgkin’s Lymphoma

Treatment will vary depending on the stage at which your cancer is diagnosed and your overall health. Your treatment may include:

Treatment can be difficult, and it may or may not be effective. Overall, the American Cancer Society reports a 71 percent five-year survival rate for people with non-Hodgkin’s lymphoma.

However, a survival rate doesn’t indicate how long you, as an individual, may live. Your life expectancy and your quality of life are dependent on numerous factors such as the stage at which your cancer was diagnosed, your treatment, your age, whether your lymphoma has progressed beyond your lymph nodes, and other factors.

What You May Recover in a Roundup® Lawsuit

Monsanto, the company that makes Roundup®, is vigorously defending claims filed against it. However, a bellwether case decided in 2018 resulted in a multi-million dollar verdict for the plaintiff. People who have developed non-Hodgkin’s lymphoma from Roundup® use are seeking significant compensation for past, current, and future:

In some cases, you may also be able to recover punitive damages. Punitive damages are not meant to compensate you for your direct injuries. Instead, they are meant to punish Monsanto for egregious actions (or inactions) that resulted in your cancer diagnosis. The practical effect of punitive damages, however, is to put more money into your pocket.

If you can convince Monsanto, or the court, that Roundup® caused your non-Hodgkin's lymphoma, then you may be able to recover the damages described above.

Let Monsanto Know You Are Serious About Recovering Damages

You will have to fight to get the damages that you deserve, but you do not have to fight alone. The law firm of Hupy and Abraham has a reputation for providing tough, aggressive, and compassionate representation. We mean business.

Call us, text us, or contact us on this website at any time—24/7/365—if you have a non-Hodgkin’s lymphoma diagnosis after Roundup® exposure. We would be pleased to provide you with a free consultation at any of our 11 Midwest offices located throughout Wisconsin, Illinois, and Iowa. If you can’t come to our offices, then we will be happy to provide your free consultation at your home or hospital room. Contact us today to learn more.