How Antiepileptic Drugs Could Impact Your Unborn Baby 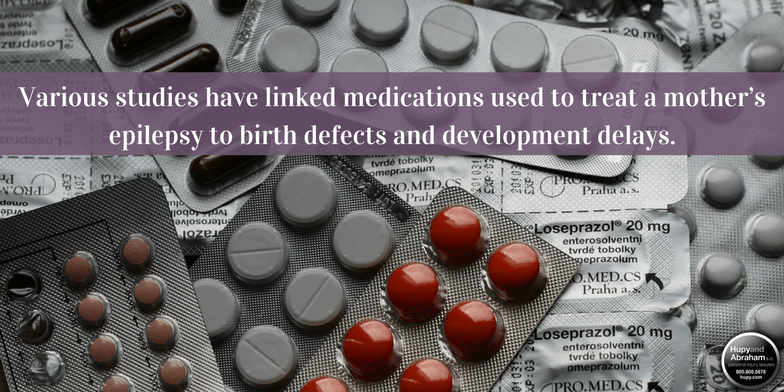 As a pregnant woman with epilepsy, you have had a lot of hard decisions to make. You had to learn how to balance the treatment and management of your condition with the needs of your unborn child. You needed to control your seizures without creating serious health risks for your child. In order to do that, you needed accurate information from drug manufacturers about the impact of specific medications on fetuses.

Unfortunately, you may not have had all of the information you needed before you and your doctor decided on a treatment plan.

A study, published in the medical journal Epilepsia, found that children whose mothers took antiepileptic drugs during pregnancy are at increased risk of suffering the following difficulties in early childhood:

This study looked at a large number of children at 18 months and 36 months of age; some of those children were exposed to antiepileptic drugs during pregnancy and some were not. The results of the study suggest that more information is needed on how drugs that are currently used to treat epilepsy during pregnancy impact cognition during early childhood development and on the long-term effects of these drugs when a child is exposed in utero.

Epilepsy Medication Taken During Pregnancy May Cause Autism

A study published in the April 24, 2013 Journal of the American Medical Association (JAMA) found that children born to mothers who used valproate during pregnancy had a significantly increased risk of autism. Valproate is used to treat epilepsy and some neuropsychological disorders. In reaching the conclusion that valproate significantly increases the risk of autism, researchers looked at all of the children born alive in Denmark in the decade from 1996 to 2006. They found that children who were exposed to valproate in utero had a 4.42 percent absolute risk of developing autism, compared to a 2.5 percent absolute risk of developing autism in the general population.

Topamax (generic topiramate) is a drug used to treat epileptic seizures and prevent migraines. It has been associated with several birth defects, including cleft palate and spina bifida.

Spina bifida is a very serious and rare birth defect that affects fewer than one out of every one thousand children (0.007 percent). Spina bifida occurs when the embryonic neural tube fails to close during development. The spinal column remains exposed and the membrane and spinal cord push out, forming a membrane-covered sac on the baby’s back.

Children with spina bifida may suffer from lower body paralysis, urinary or bowel incontinence, and loss of skin sensation. They are also susceptible to nervous system infections.

Children with Topamax spina bifida often require lifelong care, including physical therapy and occupational therapy. This can place a financial and emotional burden on the family.

Since the approval of Topamax, research has found that women who take Topamax or generic topiramate while pregnant are more likely to give birth to children with birth defects including cleft palates.

The FDA has placed Topamax in pregnancy category D. This means there is strong evidence of risk to the fetus based on human data, but the drug may be prescribed to pregnant women in certain situations. The FDA advised doctors to consider the risks before prescribing the drug to women of childbearing age and to warn women taking the drug of the risk of birth defects. However, despite the increased risk of serious birth defects associated with Topamax, the FDA has not recalled the drug.

Mothers deserve to know about this risk, about the other risks associated with some anti-epilepsy medications, and about the risks of alternative treatments for epilepsy during pregnancy before making a treatment decision

If your child has been hurt by a drug that you took during your pregnancy, then your child may be able to join a class action lawsuit and recover damages for the harm that may have been done by the drugs. For more information, we encourage you to contact us today at 1-800-800-5678.