What Is Prison Abuse and Neglect? 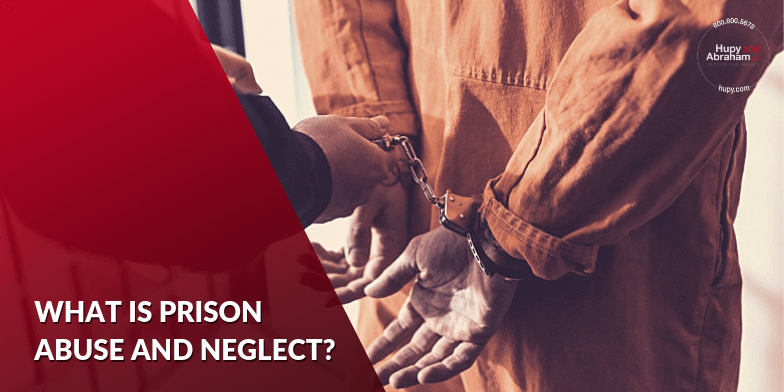 People who are convicted of crimes lose certain rights when they are sentenced to prison. However, there are some rights that no one—not even prisoners—should lose.

Once the government takes a person into custody, the government becomes responsible for a person’s health and safety. If prison abuse or neglect results in an injury, then the inmate who was hurt has a legal right to seek financial damages.

What Is Prison Abuse?

Some police officers, correctional officers, and other prison workers intentionally cause harm to people in police custody. When this happens, prisoners may be seriously hurt. Some examples of prison abuse include:

Prison abuse should never happen. Everyone in police custody, whether recently arrested or serving a long sentence, has the right to live without fear of a prison abuse injury.

What Is Prison Neglect?

All prisoners also have the right to live without fear of prison neglect. Prisoners are dependent on the government for things such as food and healthcare. When police officers, corrections officers, or other prison workers fail to act or act with reckless disregard for a prisoner’s health or safety, then prison neglect may occur. Some examples of prison neglect include:

Protect Your Rights If You’re Hurt in a Wisconsin Jail

Prison abuse or neglect can result in serious injuries such as broken bones, spinal cord injuries, brain injuries, and even death. An injured prisoner or the family members of a prisoner who died have the legal right to seek financial compensation. However, this can be hard to do for a few reasons:

While these factors can make a prison abuse or neglect case challenging, it is possible to recover fair compensation for injuries sustained in Wisconsin prison abuse or neglect incidents. Our Wisconsin police brutality lawyers have secured the largest police brutality settlement in Wisconsin history. We fought hard, gathered all of the necessary evidence, and refused to settle our client’s case for less than what it was worth after the police used unnecessary force that resulted in our client’s quadriplegia.

Our past police brutality successes are no guarantee of the success in any future case, but we will use our experience to gather the right evidence and to make convincing arguments. We won’t settle a police brutality case until our client receives fair compensation for all:

In some cases, punitive damages that are designed to punish the prison or police may also be part of a fair recovery.

Don’t handle your prison abuse or neglect case alone. Instead, contact our experienced Wisconsin police brutality lawyers for a free, no-obligation consultation so that you can learn more about your rights and decide what to do next. Your time to file a lawsuit and pursue damages is limited by Wisconsin law, so call us or start a live chat with us now to get started.