What Happens If You Were Partly at Fault for an Illinois Car Accident? 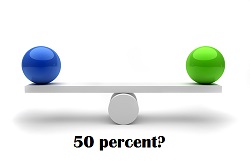 Sometimes, both drivers are negligent.

Illinois law is known as a modified comparative negligence law. Pursuant to this law:

For these reasons, fault and percentage of fault are often hotly contested topics in Illinois car accident lawsuits.

How to Prove Who Was Responsible for What After Your Crash

The percentage of fault that is attributable to each party may be decided through settlement negotiations. Typically, the other driver’s insurance company is going to argue that you are responsible for a greater percentage of the accident then you believe you caused. Your attorney and the insurance company will continue negotiating until a settlement is reached. If a settlement cannot be reached then the matter will be decided in court. Either way, it is important to have a lawyer representing your interests and helping you get the fair and just recovery that you deserve.