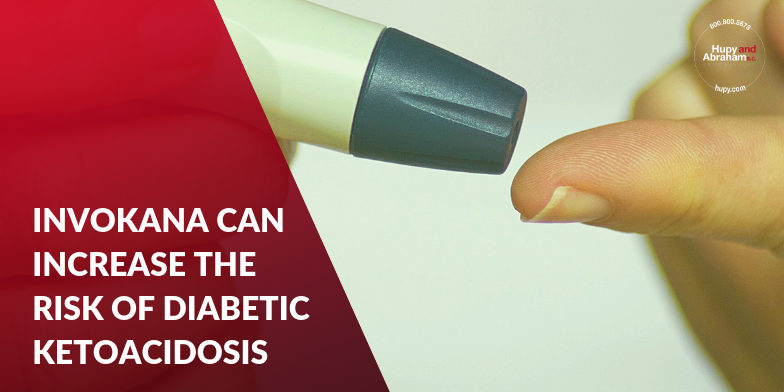 Hundreds of lawsuits are currently awaiting trial in association with Type 2 diabetes medication Invokana. Those who believe they have suffered harmful side effects have accused the manufacturer of failing to warn them of the danger.

Doctors prescribe Invokana to control their patients’ blood sugar levels. It is an oral medication that belongs to the SGLT2 inhibitor class of drugs.

In 2013, the FDA made Invokana the first approved SGLT2 inhibitor drug. The manufacturer subsequently released two more SGLT2 inhibitors and made more than $1.4 billion off of them in 2016.

But in 2015, the FDA warned that Invokana can increase the risk of a serious condition known as Diabetic ketoacidosis (DKA). Symptoms of DKA include:

The FDA has also issued warnings about Invokana in relation to kidney damage and urinary tract infections. They also investigated reports linking Invokana to acute pancreatitis, but did not issue any warnings.

Then in 2017, the FDA added a black box warning, its most serious, to the label for Invokana. They took this action based on data from two large clinical studies that associates Invokana with an increased risk of leg and foot amputations.

So far, over 1,000 people have filed lawsuits against the manufacturer. Trials have not yet begun and no global settlements have been reached.

If you’ve experienced any of these complications after taking Invokana, it’s not too late for you to take action. Due to the large number of claims, they are being consolidated into class action lawsuits to ensure a more timely resolution.

If you are looking to join this class action lawsuit, contact the personal injury lawyers of Hupy and Abraham at (800) 800-5678.