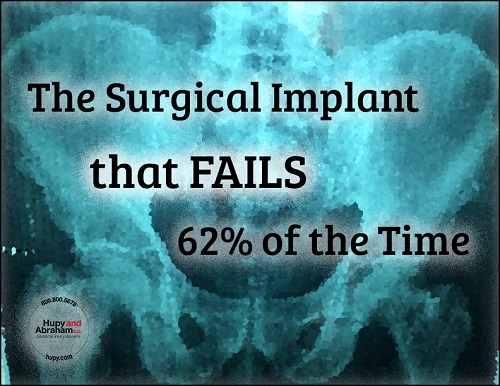 Thousands of people have filed claims accusing DePuy of knowingly introducing defective, metal-on-metal hip implant products to the public. So far, the company has paid out more than $6 billion in settlements.

DePuy, a subsidiary of Johnson & Johnson, has manufactured hundreds of orthopedic products, including hip, knee and shoulder replacement devices. More than 1 million patients have had some type of DePuy product implanted into their body.

When DePuy introduced its metal-on-metal hip implant design in 2005, it was lauded for its durability. Soon after, doctors and patients began to report high levels of pain.

It 2010, DePuy admitted that 13 percent of their 93,000 hip replacement products had to be removed or replaced. This meant 12,000 patients faced yet another painful, invasive surgery.

When the Food and Drug Administration issued a recall warning in 2010, it had a 62 percent failure rate. Patients who allege to have been adversely affected suffered from bone loss, tissue death, loss of mobility, joint inflammation and joint failure.

Since the implant was metal-on-metal, it reportedly introduced harmful metal into some patients’ bloodstream, causing further adverse effects.

Internal Johnson & Johnson documents brought to light during the first lawsuit revealed that they were warned by surgeons to stop selling it. By their own estimates, two in five patients would need revision surgery within five years.

Furthermore, court records indicate that DePuy paid doctors to get more people to have the implant installed.

Between all of its hip replacement products alleged to be faulty, DePuy has already paid over $6 billion to more than 9,000 claimants. But this lawsuit is NOT limited to those 9,000 claimants. Anyone who was adversely affected by a DePuy hip implant may be eligible for financial compensation.

If you or someone you know is suffering from effects associated with a DePuy hip implant, contact us online or call the personal injury lawyers of Hupy and Abraham at 800-800-5678.