My son received the MMR vaccine, but he still contracted the measles. Do I have a case against the vaccine manufacturer? 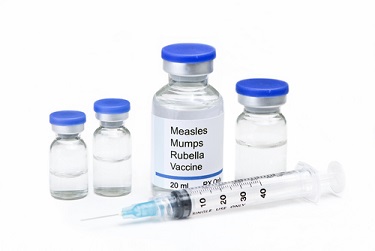 Your son—and you—suffered through the pain of the measles, mumps, and rubella (MMR) vaccine when he was a toddler and again before he entered kindergarten. You did it to protect your child from the greater pain of catching one of these uncomfortable and potentially dangerous diseases.

However, now—years after your son received his second dose of the MMR vaccine—he has one of the very diseases that you were trying to prevent.

He Has the Measles

You may be upset and, understandably, disappointed, but you do not have a case against the company that made the vaccine. According the Centers for Disease Control and Prevention (CDC), the MMR vaccine is 95 percent effective after the first dose and almost always effective after the second dose. However, it is not 100 percent effective. Some people who get the vaccine may still develop measles if they are exposed to the illness. That does not mean that the vaccine manufacturer was negligent. Additionally, your child did not suffer any additional harm because he received the vaccine. He did not suffer a side effect, nor did the vaccine make the measles worse when he contracted it.

Accordingly, you do not have a potential case against the vaccine maker and you should, instead, work with your child’s doctor to get him the medical care that he needs to recover. You may also want to try to determine the “source” or the person or place where your son was infected, so that action can be taken to prevent further spread of the measles.

I've never sued anyone before. What should I expect if I sue JUUL?
How will I pay for my child's future medical costs if my child suffers a JUULing-related illness?
How can I stay up to date on JUUL multidistrict litigation?
Is there a difference between vaping and JUULing?
Where could I have been exposed to Roundup® in Iowa?
What can I do right now to help my child who is vaping?
I qualify for Veterans' disability benefits because of my hearing loss. Do I still need a lawyer?
Win or it is Free Guarantee