Have any countries banned glyphosate? 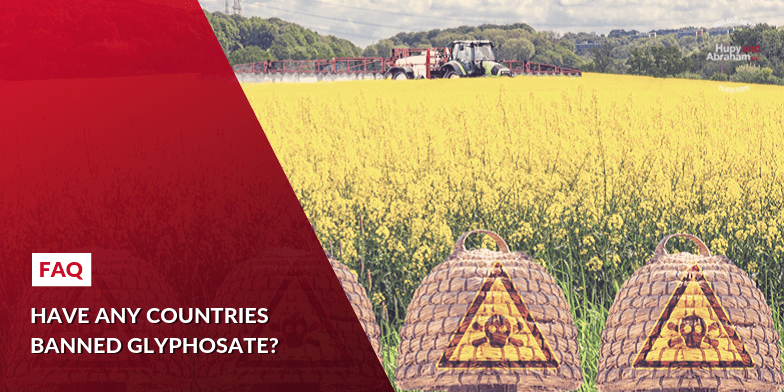 Yes, some countries have started the process of phasing out or banning glyphosate, but the United States is not one of those countries.

Glyphosate, the main ingredient in the herbicide Roundup®, allegedly causes non-Hodgkin’s lymphoma. The results of various Roundup® safety studies and a warning from the World Health Organization have prompted some countries and municipalities to reduce or end Roundup® use within their borders.

Recently, several European countries have voted to ban glyphosate, including:

Currently, the European Union is scheduled to stop using glyphosate products, such as Roundup® by 2022.

Don’t Assume Roundup® Is Safe in the U.S.

The United States has not taken any action to ban glyphosate or to add warnings to products such as Roundup®. However, that does not mean that glyphosate is safe. Roundup® remains a “probable” carcinogen according to the World Health Organization, and several people who developed non-Hodgkin lymphoma from Roundup® have successfully sued Monsanto and recovered damages in American courts. Thousands of other Roundup® cancer injury cases are pending in the United States.

If you have non-Hodgkin’s lymphoma because of Roundup® exposure, or your loved one has died from non-Hodgkin’s lymphoma after using Roundup®, we encourage you to contact our experienced injury lawyers for a free, no-obligation consultation. Learn how we can fight for your fair recovery of damages and about our Win or It’s Free Guarantee by calling us or starting a live chat with us at any time.