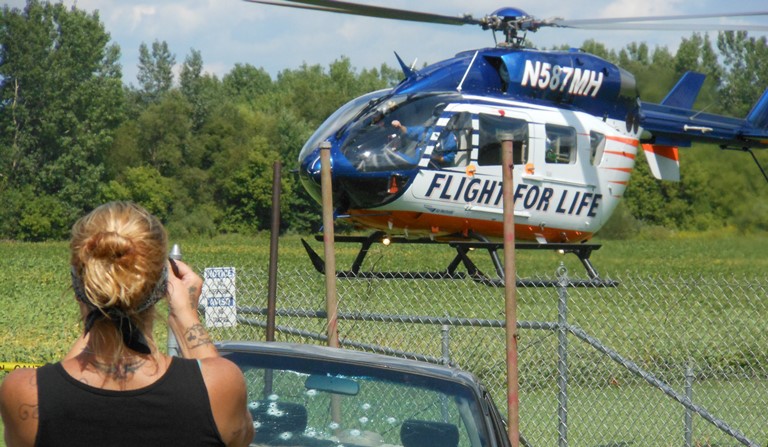 On Sunday, August 28, EMS Roaddocs held its second annual ride to benefit the Greg Lindmark Foundation, a not-for-profit organization dedicated to support and assistance programs for Post-Traumatic Stress Disorder (PTSD).  PTSD is a mental condition affecting our first responders, and it can cause anxiety, great stress, irritability, and lead to suicide.  Although not as prevalent among first resonders as compared to military personnel, it is a serious condition that cannot be overlooked. Chronic fatigue due to repeated exporsure to trauma, prolonged or failed rescue operations, witnessing comrades injured or killed, or dealing with seriously injured children can have a devastating affect on fire fighters, EMT's and police.

Riders gathered at the starting point, Rock County Cycles, in Janesville, WI.  The independent motorcycle shop provided a large parking lot as well as refreshments for the over 100 participants who arrived in anticipation of a scenic ride to the fire department in Sharon, WI. 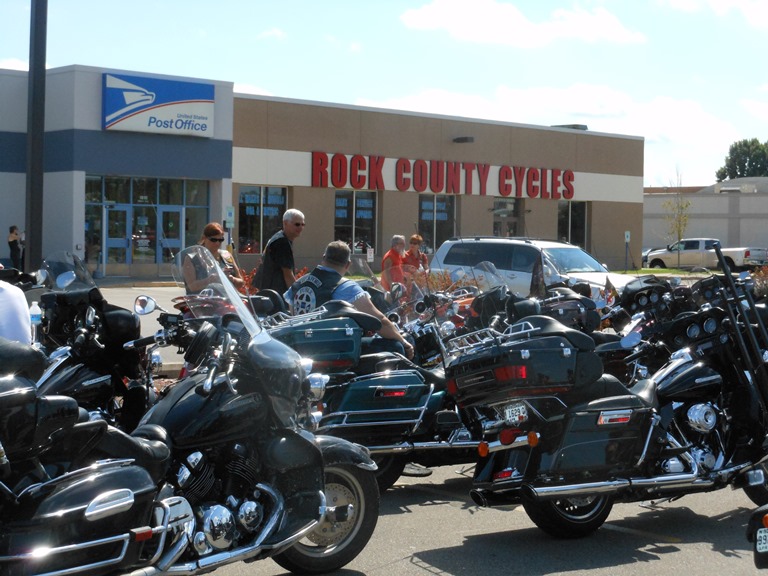 The ride was fully supported by a number of different police and fire jurisdictions, and once off, riders never had to stop or put their feet down, except for a brief stop at the Orfordville Fire Department along the route. Dangerous intersections were handled by police and sheriffs, and several fire departments deployed fire trucks to block cross-traffic with the help of police.

After arriving in Sharon, riders as well as locals were treated to some extrication demonstrations by some Sharon fire fighters as well as a landing of the Flight for Life helicopter.  Everyone had the opportunity to watch the demonstrations and speak to the flight crew of the helicopter, who answered questions, posed for photos and let people look at the interior of this modern, life-saving emergency room in the sky. 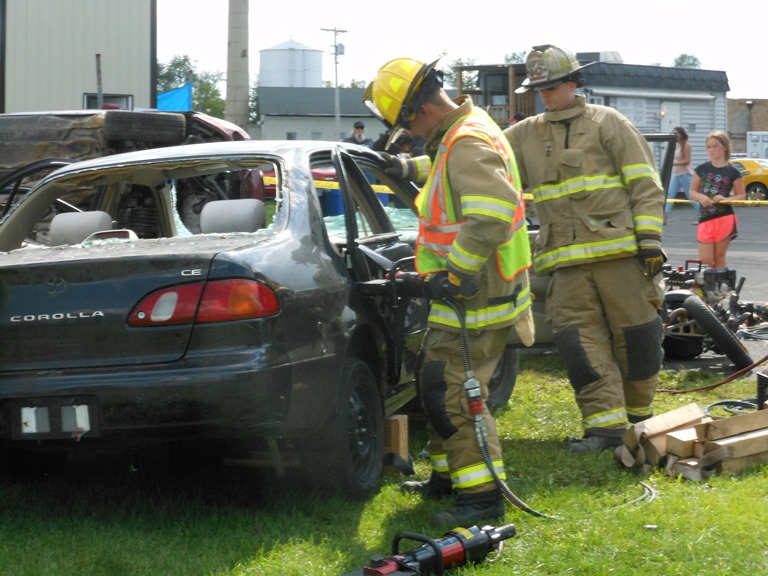 There were raffle items, food and beverages, a dunk-tank that cooled off some volunteer Roaddocs, and Pits for Patriots was on hand to explain their exceptional program. 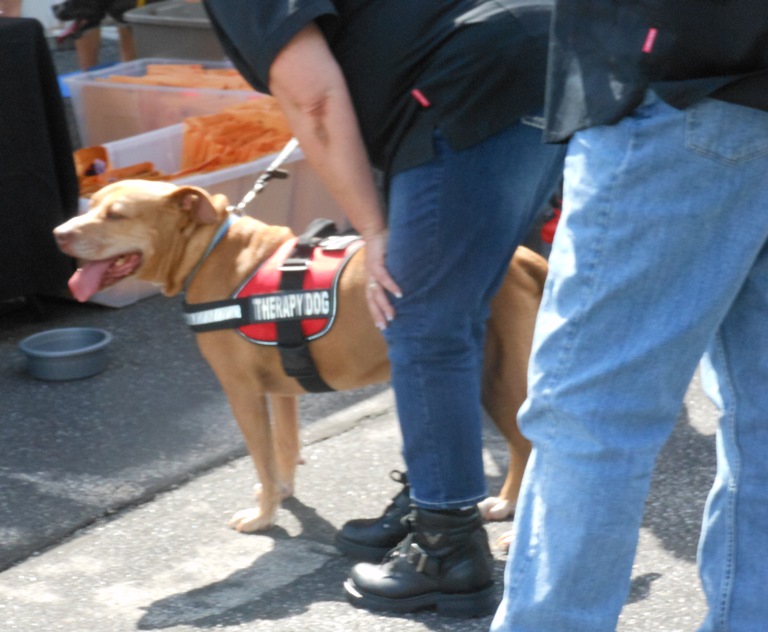 It was an   exceptional day,  presented by an exceptional group of medical professionals, for an exceptional cause. Please watch for future events sponsored by EMS Roaddocs and consider participating in next years, Heroes helping Heroes ride.