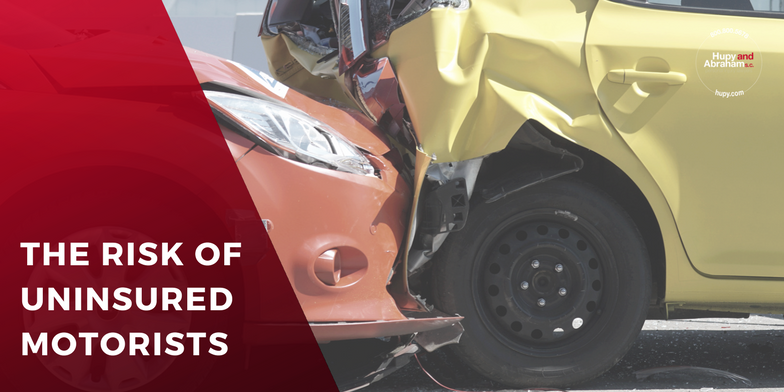 When Shawn and Jessica Masters were driving down Bluemound Road with their daughters and blindsided by an inattentive driver running a red light, things began to look grim. Their vehicle was totaled and Jessica needed a trip to the hospital for a head injury.

Things took a turn for the worse when they found out the driver at fault didn’t have any insurance, while the family only had the minimum insurance for their older vehicle, which means they would be on the hook for all the costs involved in this accident.

With medical bills, car rental, new car seats for their daughters and finally purchasing a new car, the expenses quickly added up until the family was out almost $20,000, due to an uninsured driver not paying attention.

The situation of a completely innocent family having to pay all the damages associated with an accident due to an uninsured motorist is only a single example of a much bigger problem in Wisconsin. In 2017 alone, there were over 18,000 crashes involving uninsured motorists in Wisconsin with almost two- thirds of them happening here in southeastern Wisconsin.

State Representative Joe Sanfelippo has recognized this issue and pushed for stricter laws requiring drivers to be insured. If not insured, the drivers would be stripped of driving privileges until they can provide proof that they are insured to some degree.

Sanfelippo has faced difficulty in getting his bill through the Wisconsin State Assembly. He did miss necessary support from his party to bring it up for a hearing.  But despite his failure, Representative Sanfelippo is adamant in getting this bill to law as this problem will surely only get worse before it gets better.

If you or someone close to you has been injured in an accident involving an uninsured motorist, do not hesitate to contact the attorneys at Hupy and Abraham via phone at 800-800-5678 or live chat to help you in your time of need.