Who Recovers Damages If More Than One Driver Causes an Iowa Car Crash? 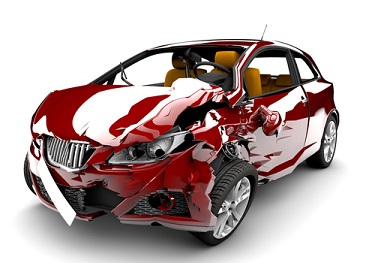 Just as there are usually two sides to every story, there are typically two stories for every car accident. Each driver may believe that it was the other driver who was at fault for the accident, and thus liable for any damages.

And Each Driver May Be Right

It is possible for more than one driver to be at fault for a crash. Consider who might be at fault if…

In each of these examples—and countless others—both drivers may be at fault for the crash.

If Both Drivers Are at Fault, Will You Recover Damages?

In Iowa, the answer is maybe. Iowa law allows some people who have been injured in a car crash to recover even if they were partly at fault for causing the accident. However, in order to recover damages, your contribution to the accident must be less than the other driver(s). In other words, you or your attorney must convince the insurance company or court that you are only 50 percent (or less) responsible for the accident. This personal injury law is known as the contributory negligence law.

As described above, the Iowa contributory negligence law will allow you to recover damages if you bear some, but not the majority, of the responsibility for the accident. However, the law does allow your damages to be reduced by the percentage of fault attributed to you. Thus, if you were 25 percent responsible for the crash, then your total damages would be reduced by 25 percent, because the other driver should not have to pay for the damage that you caused.

Attributing the correct percentage of negligence to each driver is often a contested part of car accident litigation in Iowa. Each driver often believes that the other driver should have a greater portion of the liability assigned to him.

Accordingly, it is important that a complete investigation be done and that your attorney advocate for your fair recovery. To learn more about how to protect your rights, even if you were partially at fault for an Iowa car accident, please download a copy of our free book, The Ultimate Guide for Automobile Accident Victims.

The Definitive Guide to Crashes & Collisions From the #1 Car Accident Lawyer in Des Moines
Are Your Children in the Right Car Seats?
The Truth About Iowa Roundabouts
Iowa Reckless Driving Accident Recoveries
Buckling Up in the Backseat of Iowa Cars
What You Need to Know About Iowa Rollover Crashes
Intersection Accidents in Davenport and Bettendorf Iowa
Win or it is Free Guarantee