Talk to Your Teen During National Teen Driver Safety Week 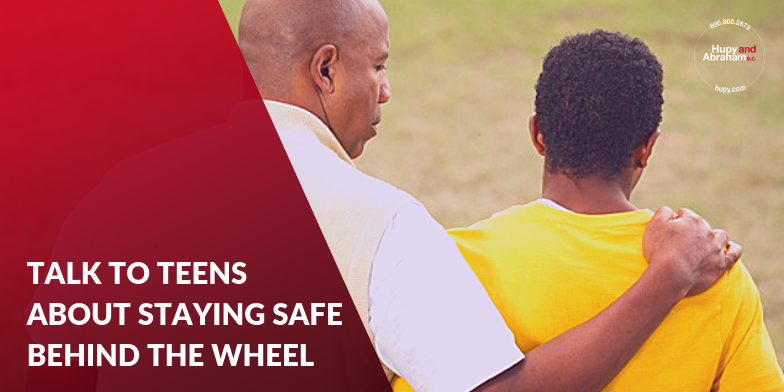 October 21 – 27, 2018, is National Teen Driver Safety Week. Motor vehicle crashes are the leading cause of death for teens aged 15-18. The United States Department of Transportation reports that just fewer than 2,000 teen drivers died in crashes during 2015, the most recent year for which data is currently available. Just fewer than 100,000 teen drivers were hurt in crashes.

Accordingly, the United States Department of Transportation is urging parents to use National Teen Driver Safety Week—and every week—to talk to their kids about staying safe behind the wheel.

Five Topics to Cover With a Teen Driver

Some of the topics to cover with your child include:

Of course, you should also include any safety topics that are unique to your child, such as a dangerous turn near your home or a certain traffic pattern on the way home from school.

Tips for Talking to a Teen Driver

As a parent, you know that it is not enough to say the words. You need to talk to your child effectively so that your child really listens to what you say. Despite how your child may react, it is important for you to control the conversation. You can do so by:

It can be very difficult to let your teenager become a driver. Given the statistics and the significant risk of injury, you are right to be scared. However, you can’t let that fear interfere with how you communicate with your child. Instead, cover the important topics in a way that requires your child to really hear you so that your child is safe on the road not only during National Teen Driver Safety Week, but also during every week of the year.