How many people died in Iowa motor vehicle accidents in 2020? 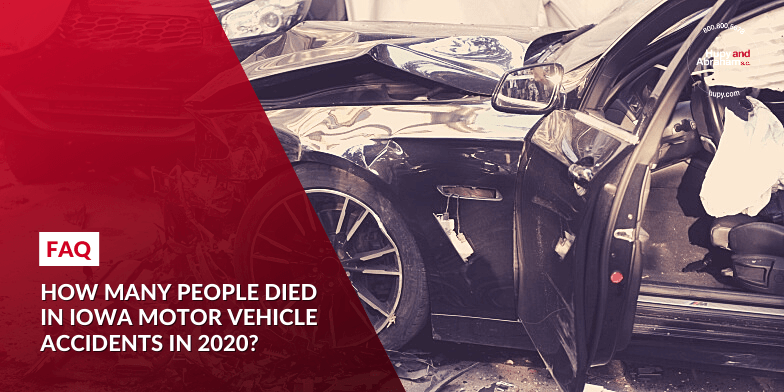 So far, we only have preliminary data through December 16, 2020. However, if we compare January 1 to December 16 data from year to year, we know that more people died in Iowa accidents during this period in 2020 than in 2019.

Fatal accidents were spread throughout the year, with the highest numbers coming in the summer months. According to preliminary information from the Iowa Department of Transportation:

The number of deaths in July 2020 and August 2020 was higher than any other July or August fatality numbers since at least 2015.

Every number listed above represents a person whose life was cut short in a car, truck, motorcycle, bicycle, or pedestrian accident. Their families are left without their love, companionship, income, and advice. While there is no way to undo the catastrophic harm that occurred, a legal case could help the surviving family members recover financial damages and hold the person who caused the fatal accident accountable.

Before you decide whether to pursue a wrongful death case, we encourage you to contact our experienced Iowa car accident lawyers to discuss:

Contact us today to schedule your free, no-obligation consultation as soon as possible.

As an Iowa parent, what do I need to know about teen distracted driving accidents?
How many people died in Iowa motor vehicle accidents in 2020?
What should I do if I was in an auto accident while driving a rental car?
I was a passenger in a roadway departure accident. What should I do now?
Is it possible to suffer memory loss in a car crash?
What should I do if an Uber driver crashes into my car?
How can I get a copy of a Cedar Rapids police report after an accident?
Win or it is Free Guarantee