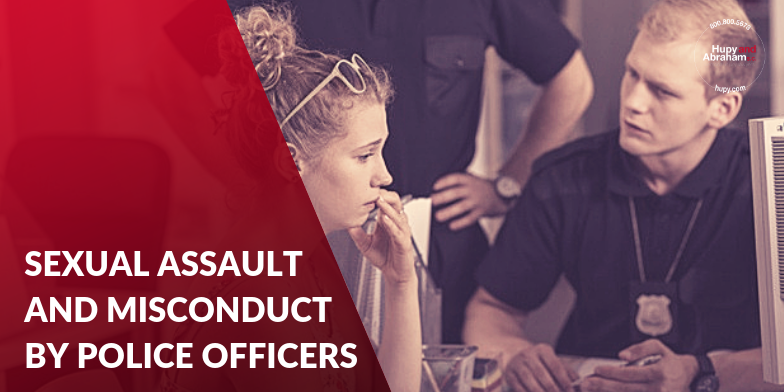 You have suffered an injury that never should have happened. There is never a time that a police officer should sexually assault you or anyone else. It is not part of the job, it is not necessary to maintain law and order, and it is illegal.

Unfortunately, it still happens—and it is not an isolated problem. According to the Washington Post, a 2015 investigation of national media and court records conducted by the Buffalo News found that a police officer is accused of sexual misconduct at least every five days in the United States.

Police officers have a lot of authority. Between their badges and their guns, it can be very difficult to resist an officer even when the officer is clearly acting outside the scope of his job. Some cops take advantage of this and sexually assault members of the public during:

Many incidents of sexual misconduct and assault occur during traffic stops. This may be especially true at night or when there are few witnesses around.

A sexual assault or sexual misconduct may occur once a person has been arrested and is in police custody. The victim is detained and may even be in handcuffs making it impossible to protect herself.

Sometimes the victim of police sexual assault or misconduct is not someone who is in police custody. Instead, it is someone who has an interest in a law enforcement career and who is job shadowing with an officer or interning in a police department. These victims of sexual misconduct and assault are often young.

Sexual misconduct includes actions such as sexual harassment, fondling, oral sex, and rape and may be a form of police brutality.

While anyone can be a victim of police sexual misconduct, some officers take advantage of people who may not be able to fight back. This includes:

A study funded by the National Institute of Justice has found that half of the arrests made for police sexual misconduct involved victims who were minors.

An investigative report found that officers may take advantage of women who have recently been hurt in domestic abuse incidents. The officer may show up and offer a strong and stable presence and seduce the domestic abuse victim.

Women The Officers Don’t Think Will Be Believed Later

This may include women who use drugs and alcohol, women who are involved in the sex trade, transgender women, and women of color, for example.

For these reasons, you need to do more than report your allegations to the police department. You need to schedule a free consultation with an experienced police brutality lawyer who will help you protect your rights. Our lawyers will help you gather evidence which may include things such as:

We will also review your medical records and help you understand the value of all of the damages that you have suffered. You deserve to make a fair recovery for everything that the police officer has taken from you including but not limited to medical bills, lost income, physical pain, and emotional suffering.

For more information, please contact us today via this website, by phone, or by text to schedule a free consultation. We would be pleased to meet with you in any of our Iowa offices, Cedar Rapids, Des Moines, or Davenport, or we will come to you if that is more convenient. Together, we can stand up for your rights and hold the police accountable for any sexual misconduct that has occurred. Contact us online or call our office directly at 800.800.5678 to schedule your free consultation.