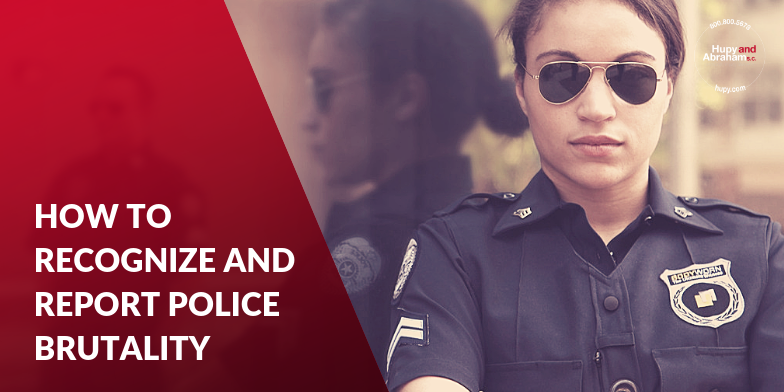 You have legal rights. Even if you were committing a crime or happened to be in the wrong place at the wrong time, you have the right not to be the victim of excessive force by any police officer.

Sometimes, however, police officers need to use some force in order to protect themselves or a member of the public from harm. If you’ve been injured by a police officer’s actions, then it can be difficult to recognize if you have been the victim of police brutality and to know how to report police brutality if you think it did occur.

Generally, police brutality occurs when police hurt someone by using excessive or unnecessary force given the circumstances of the situation. Whether the police used excessive force against you is going to be dependent on all of the details at the time of the incident, including but not limited to:

Police officers who use a little more force than necessary and do not cause any injuries have not committed police brutality. Instead, this serious allegation only occurs when police use extreme and disproportionate force. This may happen during an arrest, a traffic stop, or when police are trying to gain control of a specific situation, for example.

How Should I Report Police Brutality?

If you have been hurt by a police officer’s excessive force, then it is important to know how to protect your rights. You could, for example, report the allegations to:

While the local police department, the state government, or the federal government may investigate what happened to you and may hold the police officer accountable for any actions that are deemed to be excessive force, the government is not representing your interests in a police brutality case.

An experienced police brutality attorney can make sure that all of your rights are protected. If you have been hurt by the excessive force of a local, state, or federal officer, then our attorneys will fight for your full and fair recovery of financial damages in court. We will work hard to collect all relevant evidence including videos and witness testimony so that we can help you get the recovery that you deserve.

To learn more about your rights, potential recovery, and how our Iowa police brutality lawyers can help you, please contact us at any time by text, phone, or via this website. We would be pleased to offer you a free, no-obligation consultation. If you decide to hire us, then you will not owe us any legal fees until your claim has settled. We strongly believe that no one should be the victim of police brutality and that all police officers should be accountable for their acts of excessive force.