What You Need to Prove in an Iowa Police Brutality Case 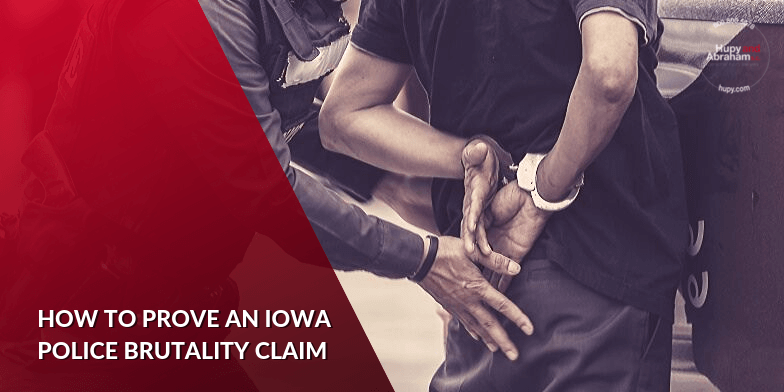 The police hurt you or killed your loved one. You want the officer responsible for your injuries to be held accountable. However, your injuries do not prove that the officer broke the law or that you were the victim of police brutality.

To recover damages, hold the police accountable, and discourage further incidents of police brutality, you need to prove that the police violated the law when they hurt you or killed your loved one.

In a successful police brutality lawsuit, you must:

Right now, all of this information may seem overwhelming, but it is possible to bring a successful police brutality case in Iowa, and it is important to do so if you have been the victim of excessive force by the police.

Talk to a Police Brutality Lawyer Before it Is Too Late

Hupy and Abraham lawyers will:

We are here for you 24/7/365. Call us, or start a live chat with us, to schedule a free consultation about your rights. Together, we can protect your possible recovery, hold the police officer who did this to you accountable, and protect the integrity of our police departments.