Who Has to Buckle Up in Iowa? 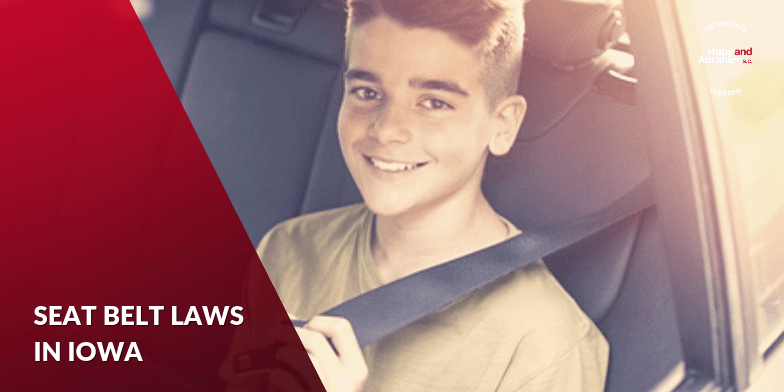 Every state except New Hampshire has a seat belt law, but not every state has the same seat belt law. Whether you live, work, or travel in Iowa, you must comply with the Iowa seat belt law while traveling on public roads within the state.

What Is Required by the Iowa Seat Belt Law

Motor vehicles, except for motorcycles and motorized bikes, must have seat belts if they are the model year 1966 or newer and subject to registration in Iowa. When a car is being used, Iowa law requires:

Drivers must also ensure that children are in appropriate child restraint devices as required by Iowa’s car seat law.

Despite the responses about seat belt use, the survey also found that the majority of respondents strongly support an Iowa law that would require adult passengers to wear seat belts in the back seat.

It used to be that the back seat was significantly safer than the front seat. However, with technological advancements, such as airbags, the difference is no longer as significant as it once was. Accordingly, adults in the back seat should consider buckling up to prevent being ejected from a vehicle, thrown around a vehicle, and seriously injured in a motor vehicle crash.

Not having to wear a seat belt in the backseat is not the only exception to Iowa’s seat belt law. Iowa law also provides exceptions for drivers and passengers who:

Don’t let an insurance company or another driver try to convince you not to bring a case because you failed to wear a seat belt. Instead, learn the truth about your rights and take action to protect your recovery by contacting our experienced Iowa car accident lawyers today for a free and confidential consultation.