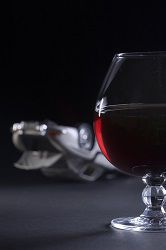 Drunk driving deaths in Iowa rose by more than 7 percent last year, according to Mothers Against Drunk Driving (MADD). Approximately one out of every three traffic deaths was attributed to drunk driving.

The Iowa Operating While Intoxicated (OWI) law makes it against the law to drive:

Anyone who drives a car or other motor vehicle in Iowa is consenting to be tested for alcohol or drugs whenever a police officer has reasonable grounds to believe that the driver is operating under the influence of alcohol or drugs. This may, or may not, be after an accident has occurred.

Why These Laws Are Relevant to Your Personal Injury Claim

The laws described above may result in penalties for a driver who is found to be intoxicated regardless of whether that driver caused an accident. None of these laws, however, will result in an automatic award of damages to a person who has been injured by an Iowa driver or the estate of someone who has been killed by a drunk driver.

Accordingly, it is important to be prepared, to gather evidence, and to fight for your fair and just recovery. Please start a live chat with us today if you have been injured in a drunk driving accident and you would like to schedule a free consultation with one of our lawyers.