What Iowa Farmers Need to Know About the Dangers of Roundup® 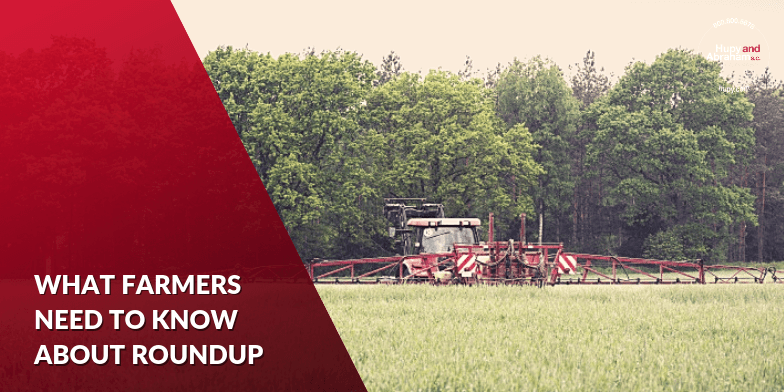 Roundup® is an effective and low-cost weed control product used by many farmers in Iowa and throughout the nation. While Roundup® is also used by individuals, agricultural workers who use it professionally are often exposed to more of the herbicide than individual users and may be at greater risk of suffering significant side effects.

For more than 40 years, farmers have been using Roundup® to control weeds that impact their crops of wheat, corn, other grains, vegetables, and fruits. The main ingredient in Roundup® is glyphosate. Glyphosate will kill any plant it touches, and it is effective at killing weeds that have already emerged from the ground that take away resources such as water and sunlight from the crops around them.

Unfortunately, glyphosate may also raise the risk of a specific type of cancer.

The Risk of Non-Hodgkin’s Lymphoma

In 2015, the World Health Organization’s International Agency for Research on Cancer found that Roundup® is probably carcinogenic to humans. Other studies have found that there is a specific risk of non-Hodgkin’s lymphoma.

Treatment options may significantly impact a person’s life and may include chemotherapy, radiation, bone marrow transplants, and clinical trials.

The prognosis for someone with non-Hodgkin’s lymphoma depends on numerous factors including the person’s age, the stage of the disease, and whether cancer has spread outside the lymph system.

If you are an Iowa farmer who works with Roundup®, then it is important to be aware of the potential symptoms of non-Hodgkin’s lymphoma and to promptly report any symptoms to your doctor so that an accurate diagnosis can be made.

According to the Mayo Clinic, symptoms of non-Hodgkin’s lymphoma include:

If your doctor diagnoses you with non-Hodgkin’s lymphoma, then you may consider taking legal action.

There Is Help for Farmers With Non-Hodgkin’s Lymphoma

Monsanto, the company that made Roundup® for many years, before Bayer bought the company in 2018, may have known that Roundup® could cause cancer and failed to warn you of the risk of regularly using the glyphosate-based product on your farm.

So far two juries in the United States have found that Roundup® caused cancer. Presently, thousands of Roundup® cases are pending, including some cases bought by farmers who have developed non-Hodgkin’s lymphoma after working with Roundup®.

If you have worked with Roundup® and you have been diagnosed with non-Hodgkin’s lymphoma, then it is important to talk to an experienced Iowa injury lawyer as soon as possible. Your time to file a lawsuit is limited by law. If you have a claim and decide to pursue legal action, then our lawyers will fight hard for your recovery of past and future medical bills, lost income, and out-of-pocket expenses. We will also aggressively pursue compensation for your physical pain and emotional suffering.

Our lawyers provide free, no-obligation consultations. Please contact us at any time—24/7/365—via text, phone, or online chat to schedule your meeting as soon as possible. If we take your case, then you won’t owe us any money up front. Instead, we are pleased to provide you with our Win, or It’s Free Guarantee!