Is a police officer’s use of a Taser always police brutality? 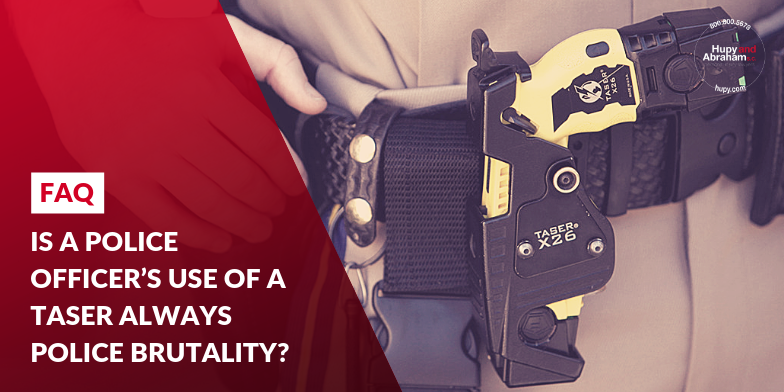 No, a police officer’s use of a Taser is not always evidence of police brutality. Instead, each case that involves a police officer using a Taser must be considered individually to determine if the police acted with excessive force.

Tasers are lawful weapons that may be used by police officers. Tasers, also referred to as stun guns, emit electricity rather than bullets. However, Tasers—like all weapons—may only be used as a means of reasonable force given the circumstances.

Tasers May Be Part of Police Brutality Cases

When determining whether a Taser was used lawfully, courts will consider what a hypothetical reasonable police officer would have done in similar circumstances. Specifically, the court might consider:

The courts might consider other things like how many times the person was hit by the Taser and whether the person who was tased was already injured before the officer used the Taser.

Tasers can cause serious injuries or death. If you have been hurt, or if your loved one has been killed, by a Wisconsin police officer’s use of a Taser—then you deserve to know whether you have a potential police brutality case.

Our experienced police brutality lawyers are committed to helping people who have been hurt by police violence. No one should be the victim of a cop’s excessive force.

Contact us today for a free, no-obligation consultation about your legal rights. We will review what happened to you, and if you have been the victim of police brutality then we will fight hard to get you the fair and just recovery that you deserve.