Can I get non-Hodgkin’s lymphoma from using Roundup? 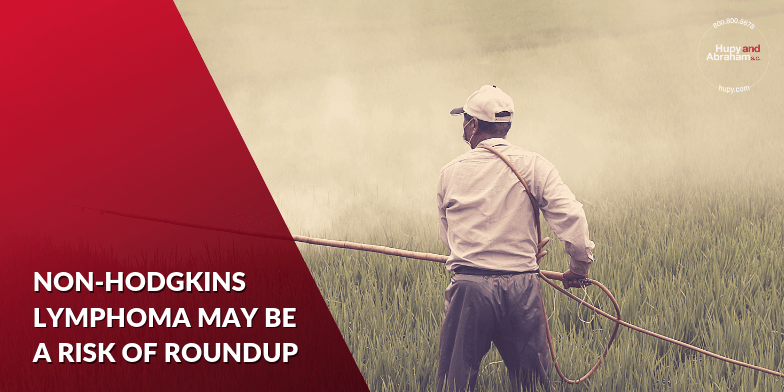 The active ingredient in Roundup is glyphosate. The International Agency for Research on Cancer (IARC), which is part of the World Health Organization, has found that glyphosate is “probably carcinogenic to humans” and found “limited evidence of carcinogenicity in humans for non-Hodgkin’s lymphoma and lung cancer.” The IARC warning was founded on various studies that occurred over more than a decade.

Lawsuits have been filed alleging that Roundup caused non-Hodgkin’s lymphoma and that the maker of Roundup, Monsanto, knew about the risk and covered it up.

Who Is at Risk?

Currently, it is not known how much glyphosate exposure leads to non-Hodgkin’s lymphoma. However, the disease could be more likely in people who use Roundup regularly. This could include, for example, farmers, landscapers, and garden center workers.

If you develop non-Hodgkin’s lymphoma after being exposed to Monsanto’s Roundup weed killer, then it is critical for you to talk a lawyer as soon as possible. You may have the right to pursue a lawsuit and recover damages for the significant injury that you’ve incurred. Our experienced attorneys will provide you with tough, aggressive, and compassionate representation. We will go above and beyond the call of duty to see that you are treated fairly and that you get the recovery that you deserve. Call us or text us today at 1-800-800-5678 to learn more.

What happens when a senior citizen suffers a brain injury in an accident?
What do I need to know if I experience vision problems after a brain injury?
Should I sign a Release of All Claims form?
What can be done to avoid 15-passenger van accidents?
How did Rockford police handle traffic incidents in 2018?
How should I prepare for my first consultation with an Illinois personal injury lawyer?
What should I do after a pedestrian accident if the vehicle left the scene of the crash?
Win or it is Free Guarantee