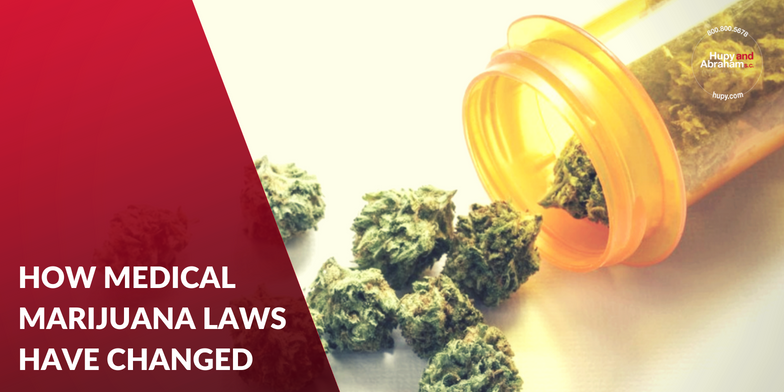 Years ago, Attorney Hupy in a criminal case involving 3,300 pounds of marijuana was able to prove marijuana is misclassified as a schedule 1 controlled substance, because it has medical value.

Throughout human history, marijuana has been used for medicinal purposes. For instance, evidence suggests that more than 5,000 years ago medicinal marijuana was used in Romania. Likewise, early Chinese surgeons recorded using marijuana as an anesthetic more than 4,000 years ago. In fact, even in the U.S., marijuana was widely utilized as a medicine during the 19th and early 20th century, as described in the United States Pharmacopeia in 1850.

Yet in 1970, the U.S. Congress placed marijuana in Schedule 1 of the Controlled Substances Act. A schedule 1 drug is a “drug with no currently accepted medical use.” Nonetheless, on June 26, 2018, Oklahoma became the thirtieth state to legalize marijuana usage for medical purposes. The result of Oklahoma’s vote demonstrates the changing attitudes towards marijuana in recent years.

It would take sixteen years after California first legalized medical marijuana, before a first state would legalize marijuana for recreational use. In 2012, Colorado permitted possession and use of small amounts of marijuana for recreational purposes. However, individuals who exceed the weight limitation are exposed to a felony charge. Specifically, Colorado only tolerates possession to consist of one ounce of usable marijuana, six plants (three of which cannot be mature), and one ounce of hash or other concentrates.

Two years after these states, California, Maine, Massachusetts, and Nevada joined the league of states that legalized recreational marijuana usage. In adopting this law, California now punishes individuals that possess over the legal limit are charged with a misdemeanor, where the punishment usually consists of a fine or drug counseling and community service. Most recently in 2018, Vermont became the ninth state to legalize recreational marijuana usage.

These efforts to recognize the misclassification of marijuana are not new, but have been going on decades before California first permitted medicinal marijuana usage. In fact, in 1982 - fourteen years prior to California’s legalization of medical marijuana - Attorney Michael Hupy proved in court that marijuana has medicinal value.

In State v. Whitehall and Hadden (1982), Attorney Hupy proved that marijuana has medicinal value. He demonstrated this misclassification through three expert witnesses: Dr. Lester Grinspoon of Harvard Medical School, Robert Randall of Alliance for Cannabis Therapeutics, and psychologist Andrew Kane. Each expert testified about the medical benefits of marijuana and the comparative dangers to other regulated and legalized substances, such as alcohol and tobacco.

In fact, Randall famously came to court with a prescription bottle of marijuana cigarettes he received from the DEA to treat his glaucoma. Randall testified that he would have gone blind without his marijuana cigarettes. Collectively, the testimony of these experts and 100 exhibits proved  that marijuana has medical value and the State's charges were dismissed. Today, Whitehall and Hadden still stands as an early demonstration of the changing cultural attitudes towards medical marijuana.

Presently, thirty states have legalized medical marijuana usage and nine states have legalized marijuana for recreational purposes. It is believed that part of the rise of legalization of marijuana, especially medicinal marijuana, is because some studies suggest marijuana can treat pain, nausea and loss of appetite, Parkinson’s disease, inflammatory bowel disease, post-traumatic stress disorder, epilepsy, and multiple sclerosis.

However, the National Academies of Science, Engineering, and Medicine found that marijuana usage might pose a variety of possible downsides. These downsides include increased risk for respiratory problems if smoked, chances of developing schizophrenia and psychosis, frequency of car crashes, general lessened social achievement in life, and potentially negative affects upon fetuses.

Despite these risks, polls have found that marijuana is the most commonly used illicit substance in the United States today. Thus, the trend of states bucking federal prohibition in favor of legal regulation of marijuana reflects a broad cultural shift toward greater acceptance of marijuana.