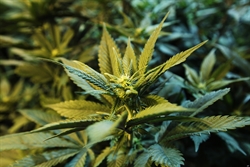 During this past election season, three states hit the polls to decide more than who takes public office. The citizens of Alaska, Oregon and Washington, D.C. voted to legalize recreational marijuana, joining Colorado and Washington.

All three approved marijuana use and possession only for people 21 years of age or older. Though the drug is still illegal under federal law, many wonder if that’s soon to change now that it’s legal in the federal government’s own backyard.

Though marijuana legalization hasn’t exactly swept the nation, public opinion appears to be trending in that direction. A 2013 Gallup poll indicated that 58 percent of Americans support legalization. Before the turn of the century, legalization proponents were outnumbered 2 to 1.

Some marijuana prohibitionists argue that widespread legalization will cause more children to use the drug and make roads more dangerous due to drugged driving. In Colorado, the exact opposite appears to be happening.

A survey conducted by the Colorado Department of Public Health showed that lifetime and thirty-day marijuana use have both dropped two percent since recreational legalization.

What’s more, the Colorado Department of Transportation has reported that traffic fatalities have dipped significantly since legalization. When medical marijuana was first approved in 2001, traffic fatalities hit an all-time high in 2002, but have decreased by 30 percent since.

Colorado isn’t the only state with reduced fatalities, as the nation as a whole has seen a significant decline since then. But the national rate has only improved by 20 percent, as noted by the National Highway Traffic Safety Administration.

Some theorize that marijuana legalization makes the roads safer because some might drive stoned rather than drunk. Of course, neither one is safe, but drugged driving appears to be the lesser of two evils.

Though it’s still a polarizing issue, more than a dozen states, including California, are considering a similar vote in 2016. Many consider California to be the biggest domino to fall in nationwide legalization. If California legalizes the drug, the entire west coast will have done so.

Attorney Michael Hupy was 30 years ahead of his time on this issue. In 1982, Attorney Hupy successfully challenged the constitutionality of marijuana’s schedule 1 classification. Though his clients were found in possession of 3,300 pounds of marijuana, all charges were dropped when Attorney Hupy utilized expert witnesses to prove marijuana has medicinal value.