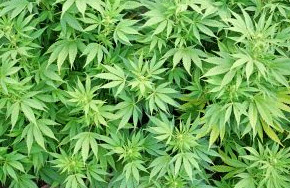 After a long history of resistance toward the medicinal use of marijuana, Illinois has joined 19 other states and the District of Columbia in legalizing marijuana for patient use.  Governor Pat Quinn signed the bill, HB0030, into law on Thursday, August 1, 2013, at the University of Chicago Center for Care and Discovery.  The Compassionate Use of Medical Cannabis Pilot Program will take effect on January 1, 2014.  However, this also marks the period when law- makers will decide the guidelines of the law, including how patients can receive a medical marijuana license, rules that decide who will be the 22 growers of the marijuana, as well as who will be the 60 distributors of the medical marijuana.  Because the law drafting period will happen after the law goes into effect and the marijuana growing period that will follow, patients will have to wait months before they are able purchase and use the medical marijuana.

The January 1 date also gives those against the bill time to gain momentum in their movement to show the ill effects the law could have.  Many are worried about the message that such a bill sends to children and adolescents about marijuana and other drugs and the dangers that it may bring to the health of the children in their community.  Communities are worried about medical marijuana because of the stigma that is associated with marijuana.  Marijuana is classified as a schedule 1 drug, or one that the government defines as a “drug with no currently accepted medical use and a high potential for abuse. Schedule 1 drugs are the most dangerous drugs of all the drug schedules with potentially severe psychological or physical dependence.”  Under a schedule 1 classification, marijuana is considered under law to be as dangerous as drugs including, but not limited to, heroin, LSD, ecstasy and peyote.  Recently, however, there has been a push to reclassify marijuana due to the vast amounts of scientific evidence proving the medicinal value that marijuana has.

Thirty years ahead of his time, Attorney Michael Hupy, was one of the first attorneys to argue in court that marijuana is misclassified as a schedule 1 drug.  In State v. Whitehall and Hadden (1982), defendants were found in possession of 3,300 pounds of marijuana.  Attorney Hupy had the burden of proving that marijuana was misclassified as a schedule 1 drug.  He called expert witnesses Dr. Lester Grinspoon of Harvard Medical School, Robert Randall of Alliance for Cannabis Therapeutics (ACT) and psychologist Andrew Kane, all of whom testified about the medical benefits of marijuana and the comparative dangers to other drugs, alcohol and tobacco.  Randall came to court with a prescription bottle of marijuana cigarettes he received from the DEA to treat his glaucoma.  He would have gone blind without it.

The testimony of Grinspoon, Kane and Randall on the medicinal value of marijuana, as well as the documents and arguments submitted by Attorney Hupy put the constitutionality of the classification of marijuana in question, resulting in the case moving from a record-setting Wisconsin drug case, to the prosecution asking the court to drop all charges.  The state charges filed against Attorney Hupy’s clients were dismissed.

Though Attorney Hupy was able to prove in three days of court testimony that marijuana is misclassified as a schedule 1 drug, neither the state nor the federal government has taken steps to reclassify it.  Illinois and the 19 other states permit those in medical need of marijuana to use the substance because of the strict regulation that lawmakers have set up for the use, distribution and growing of the drug.  Proponents of the state-enacted laws believe the state regulations are loose enough to keep federal regulators out of enforcement, it is still illegal under federal law to use marijuana, but are strict enough to safely distribute the drug.

In order to avoid the backlash that states such as Colorado have gotten for their relaxed regulations, Illinois will have some of the firmest regulations for the use and distribution of medical marijuana.  Potential medical marijuana cardholders must meet certain guidelines and go through legal steps: patients must have an ongoing relationship with a doctor licensed to prescribe marijuana, must be fingerprinted, must go through a background check and patients must have one of 40 serious to chronic illnesses such as cancer, HIV or glaucoma.  Upon licensing, cardholders will be able to receive up to 2.5 ounces every 14 days.  Though some worry that the marijuana may fall into the wrong hands, Gov. Quinn believes that the bill is well drafted and that “It's very important we do whatever we can to ease their pain.”

With an increasing number of states recognizing the medicinal value of marijuana based on scientific evidence, it is time for the government to reclassify marijuana out of schedule 1.