Milwaukee Getting Serious About Road Safety 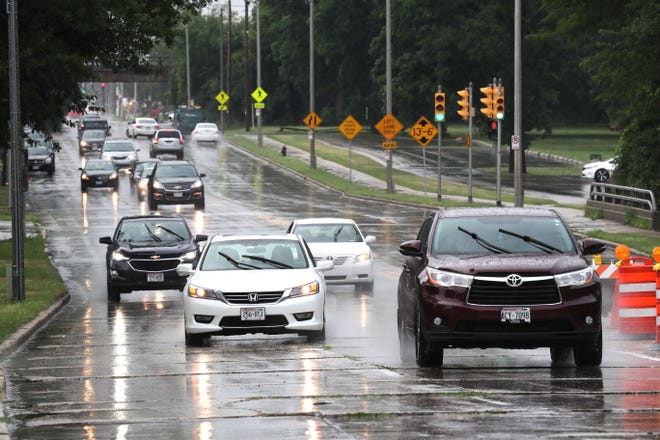 In July of 2019, Attorney Hupy got on board with Robert Donovan and the Milwaukee Police to start Project “Take it E-Z” to target four of dangerous intersections. Hupy and Abraham helped fund the pilot project, which heavily monitored the intersections with an increased police presence. Finally, now– a year later - the city is going to do something to make it safer. After several complaints and deadly incidents involving hit-and-runs, the community spoke up against the frequency and consequences of reckless driving throughout the city. A solution was made: Traffic paint will be used to narrow a select number of streets, in order to make additional room for bike lanes, turn lanes and crosswalks.

The Department of Public Works has stated that their new project will reduce speeding, increase conditions for pedestrians and bicyclists and lower crashes. The road work began in early July and will complete right before Labor Day 2020. The department advised that while there may be temporary lane closures, travel will still be possible.

These streets will be affected:

The new intersections are all in close vicinity to parks, schools and trails, which tend to have higher amounts of pedestrian traffic.

The Take it E-Z message was spread by local leaders, billboards, yard signs and more. Hopefully, the original campaign will lead to an easier adoption of the completed road work. Attorney Michael Hupy and the firm have been champions for various safety campaigns designed to help the community. Among them are “Yield to Pedestrians” and “Don’t Text and Drive”  and “Watch for Motorcycles” which both have free bumper stickers available by request.