10 Wisconsin Counties With the Most Fatal Car Accidents 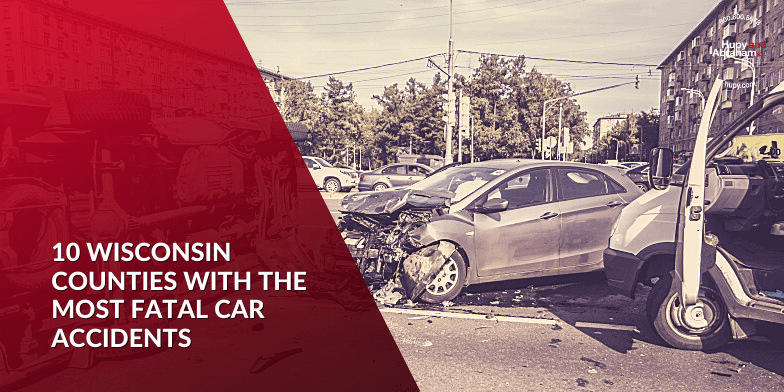 Throughout the state, 388 people died in rural motor vehicle accidents, 199 people died in urban motor vehicle crashes, and the location of three wrecks was unknown. There were 414 people who died were in passenger cars, 83 were motorcyclists, 56 were pedestrians, and four were bicyclists. Alcohol was a known factor in 199 fatal crashes, and speed was a known factor in 186 accidents.

During 2018 in Dane County, 41 people died in crashes. This was the highest number of deaths in at least five years. The deaths included:

During 2018, 25 people died in Waukesha county crashes. We know from the accident statistics that:

Fewer people died in Brown County accidents during 2018 than in 2017. However, 18 people still lost their lives, including:

Fond du Lac was one of the Wisconsin counties that had a significant increase in traffic-related deaths during 2018. From 2014-2017, the county reported anywhere from 10-12 deaths. In 2018, 16 people lost their lives in Fond du Lac County crashes, including:

In 2018, 16 people died in Kenosha County crashes. While every crash was unique, we know that:

Fatal accidents have increased significantly in Chippewa County over the past few years. In 2016, one person died in a fatal Chippewa County crash. In 2017,12 people died, and in 2018, 14 people died. The 2018 fatalities included:

During 2018, 13 people died in Jefferson County crashes. We know that these deaths included:

If your loved one died in a crash anywhere in Wisconsin, then we invite you to contact our experienced car accident wrongful death attorneys as soon as possible. For more than half a century, our lawyers have been helping people in Wisconsin seek justice. We will fight hard to help your family get the recovery that you deserve after your tragic loss.