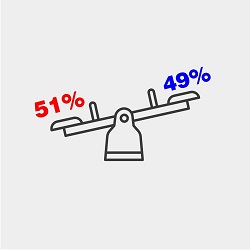 But What Happens If Both You and the Other Driver Were Negligent?

The negligence laws in Wisconsin follow a system known as modified comparative negligence, or the 51 percent bar rule. This means that you may still recover some of the settlement in your Milwaukee car accident claim even if you were partially at fault for the accident.

You aren’t negligent just because you were involved in the accident. Instead, your negligence—or your failure to act as a reasonable driver would have acted in similar circumstances—must be established by the evidence.

Be Prepared for Insurance Companies to Argue That You Were Negligent

This is a common tactic employed by insurance companies to convince you to accept less than fair value for your case. The insurance company will attempt to pay as little as possible in settling your case by saying that you were at least partially to blame for the crash.

As you can imagine, claims involving these fault issues can be complicated and fiercely contested. Don't become a victim of these insurance company tactics. An experienced personal injury attorney who routinely fights insurance companies on these issues, such as the lawyers at Hupy & Abraham, can expose the flaws in the insurance company's argument and fight for your fair settlement. To learn more, please order a FREE copy of our DVD, Secrets Insurance Companies Don’t Want You to Know, today.