What Kind of Car Seat Does Your Child Need in Wisconsin? 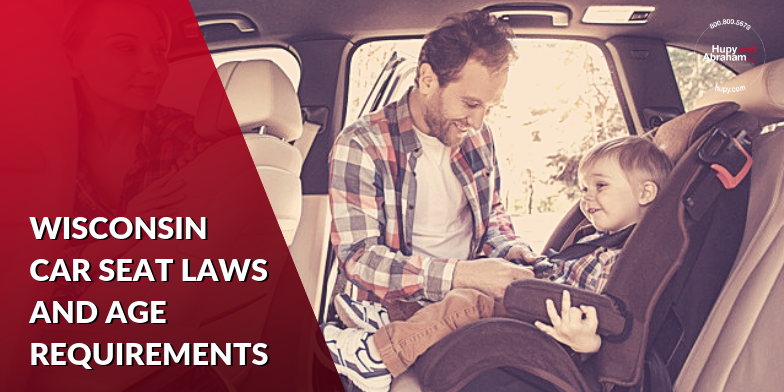 Wisconsin, like most states, has laws that require children of certain ages to be in specific kinds of car seats while riding in motor vehicles on Wisconsin roads. Whether you are a Wisconsin resident or a visitor, you need to know the laws and comply with them.

There are no exemptions to Wisconsin car seat laws, and there are penalties for non-compliance with the law. If the child is less than four years old, then the fine for non-compliance with Wisconsin’s car seat law is $175.30. If the child is between the ages of four and eight, then the fine for noncompliance is $150.10 for the first offense, $200.50 for the second offense, and $263.50 for the third and subsequent offenses.

In 2018, the American Academy of Pediatrics changed its guidelines to remove some specific age guidelines and, instead, focus on height and weight guidelines.

If you have any questions about what kind of car seat your child should be in, please ask your child’s doctor or your local police department. Once you identify the type of car seat that should be used, you need to install it correctly. This can be trickier than it seems. Safe Kids Wisconsin maintains a list of places where you can make an appointment to have your car seat installed and a list of events where you can have your car seat installed without an appointment.

Using a proper car seat or booster is not just a good idea—it’s the law in Wisconsin.

How an Insurance Company May Try to Get Out of Paying Medical Bills After a Car Crash
What Pregnant Women (and Those Who Love Them) Need to Know About Seat Belts and Car Crashes
Wisconsin Seat Belt Laws You Need to Know
This Is What Hiring the Right Law Firm Can Do for You
What to Do If You’re in a Car Crash With a Baby or Young Child
What Kind of Car Seat Does Your Child Need in Wisconsin?
After an Accident: What to Expect
Win or it is Free Guarantee